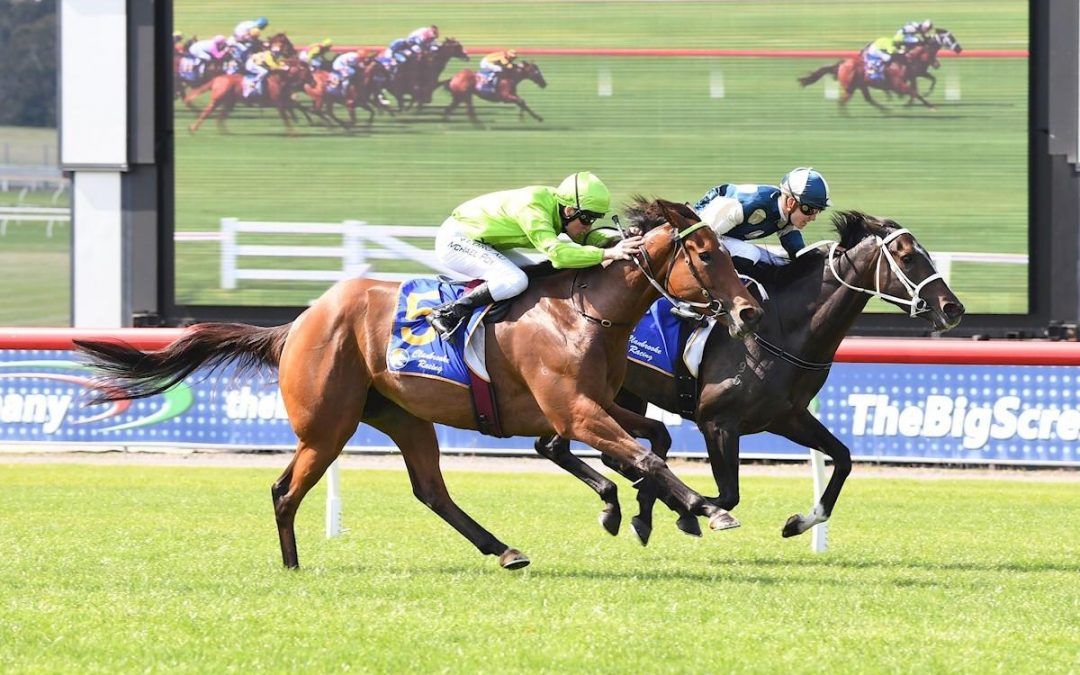 A Stakes win does not seem beyond the Dan O’Sullivan-trained Affair To Remember the second of Toronado’s winners at Sandown.

With apprentice Michael Poy in the saddle, Affair to Remember was standing up the Daci Brahma filly Sierra Sue three lengths with 100 metres to run but she charged home to win by a head in the benchmark 64 over 1600 metres.

It was the second win in seven starts for the daughter of Toronado (IRE) who had a taste of Stakes company when sixth in the Group II Sandown Guineas last November.

“She got a lot further back than I thought she would but it was a great effort to chase down a horse that had win its first two starts,” O’Sullivan said.

“She’s always showed great ability and it was a relief to get that one today.

O’Sullivan nominated a VOBIS Gold race over 1600m at Flemington as Affair To Remembers next start.

Raced by her breeder David Peacock and partners, Affair To Remember is the fifth winner from as many to race out of the good class Black Hawk mare St Trinians.

A triple stakes-winner in Adelaide St Trinians has produced the Group I SAJC Schweppes Oaks third Bahamas who Dan also trained and her full sister, Uniquely is also in our care.