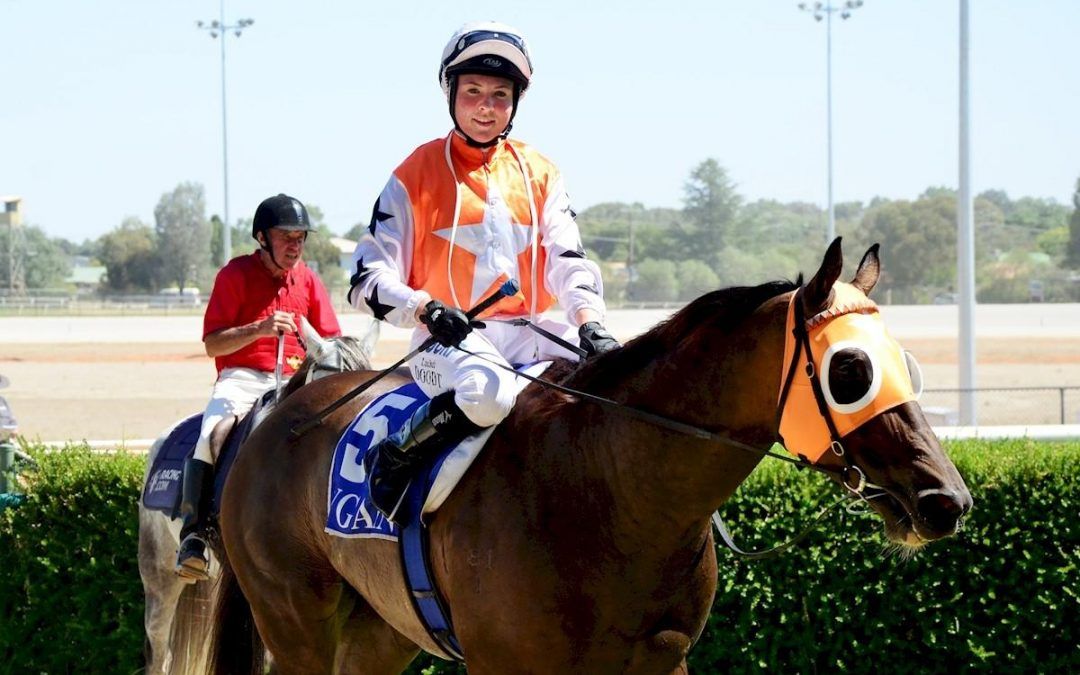 There’s no easier horse in our stable than our “dude”, Aurelius Hero – who we call Warrick!

This fellow is the calmest guy going around, he never puts an ear back and is always looking for a smooch.  He’s also probably our unluckiest horse in the stable when it comes to his races.  It doesn’t help that he is slow to begin a lot of the time, but on so many occasions there have been excuses on return to scale.

Early this year Dan and connections set the target of racing in the Grand Handicap Sprint Final at Flemington on March 18th, with the dream of many of his owners having their first runner at Flemington.  He hadn’t won for 12 months but was given a freshen-up and was working a treat as always.   Today a dream became a reality when he won at Swan Hill in the final heat, guaranteeing him a run.

Ridden perfectly by our apprentice Lucinda Doodt, he was slow out as usual, but Lucy tracked up to the field beautifully and on straightening they headed for home, streaking past the field in strong fashion.

Congratulations to his fabulous group of owners who, like our beautiful Warrick, very much deserve this win and a runner at Flemington!