Burrumbeet to Flemington with Gottino 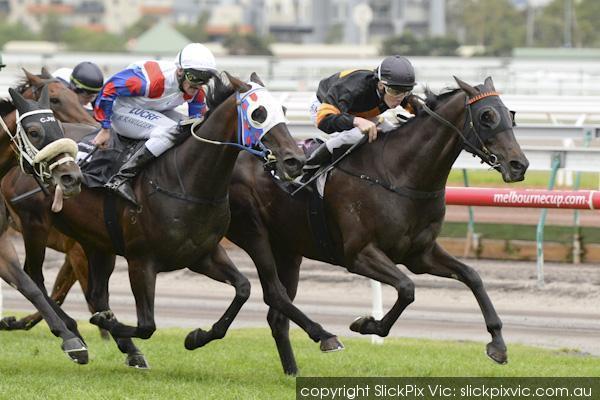 For Ballarat locals it's on the bucket list of races to win as well as a fantastic day out.

Gottino had won first up that preparation over 1400m and went on to win the Great Western and Edenhope Cups as well as two races at Bendigo over the next few months.   He was deservedly crowned the Victorian Country Racehorse of the year for 2012/13.

Ken, being 82 years young underwent some surgery on an arm while Gottino was spelling and with him being a "pushy" type of horse thought it sensible to transfer him to Dan's care.

He has shown this time in, to be a more definite staying type of horse and has improved as he has stepped in distance.

"I had this race marked for him being the anniversary of his Burrumbeet Cup win and went in knowing he was very fit and would have a chance against the favourites if I claimed on him" Dan said.  "It was a perfect ride by Patrick Maloney".

It's such a big thrill for us to provide the Moore Family with a win at Flemington and hopefully there's more to come!