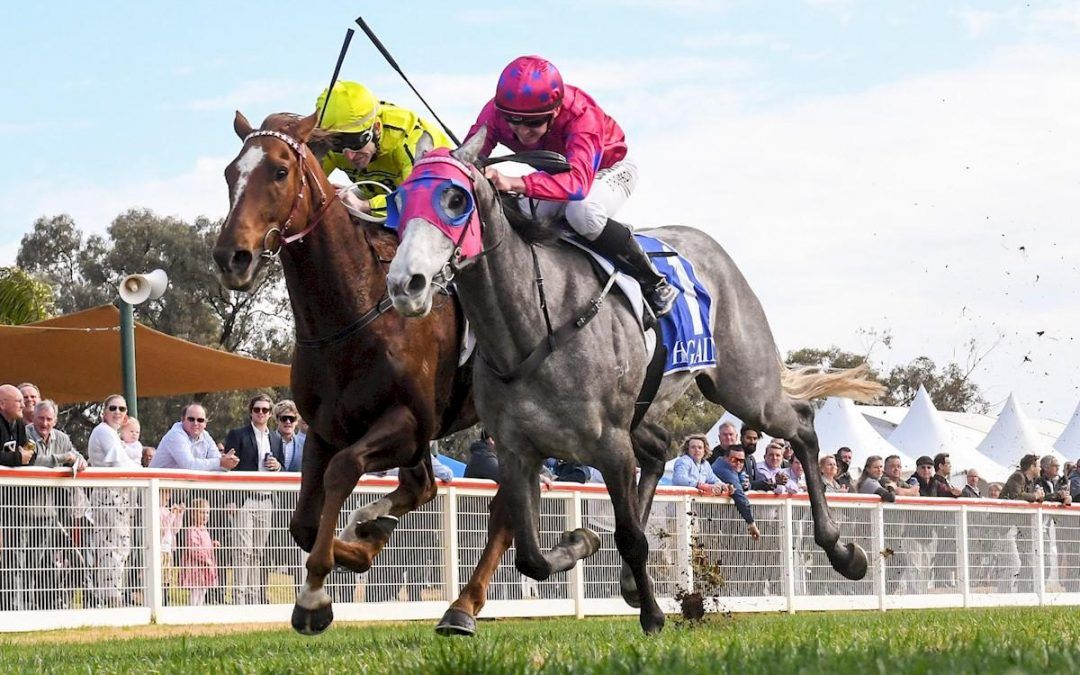 There was plenty of screaming going on over the final stages of Race 3 and Mildura yesterday, which saw Captain Arjento victorious by a narrow margin.

He and jockey Ben Thompson had to do a bit of extra work early from their awkward barrier, and with him racing effectively being ridden back lately, it was a brave call.  On top of that the second horse had a much easier run in transit than our fellow, so to fight on like he did proves what a extra brave effort he gave.

We were very lucky to be given the chance to train this flashy looking grey, bred by Anita Frawley, who is cleverly named with Arjento meaning “silver”.  Anita races “BJ” (his stable name)  with her family and friends and her sister Kelly did a fantastic job of pre-training him prior to arriving at our stables.

Dan got an extra thrill out of winning with this guy – Anita’s father is Barry James, who has trained many winners himself and who Dan first met at Morphettville many years ago.

Here’s hoping it’s the first of many winners for this fellow and his owners!