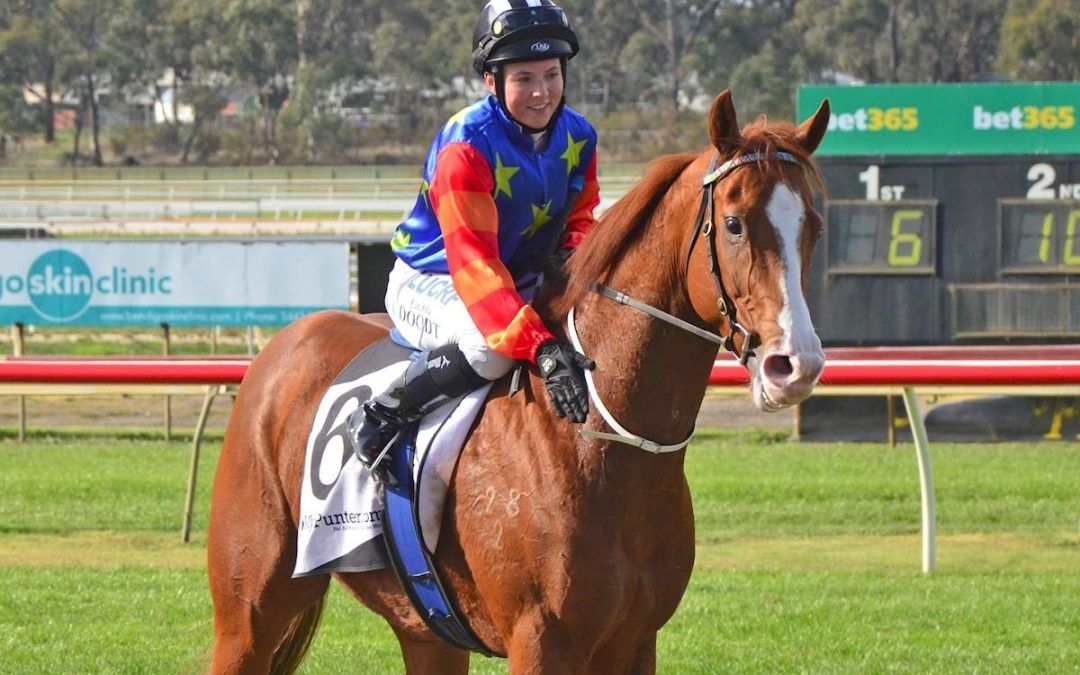 Captain Crackerjak kicked off a new campaign with a convincing win at Bendigo yesterday.

Known for his blistering speed in the early stages of his racing, he is also known for his habit of stopping over the last 50-100m, so he has been another project for our team over the years.

“It’s a fine line for horse like him, as you don’t want to train the speed out of him, but you also need to encourage him to settle so he doesn’t run out steam over the crucial stages of a race” Dan expained.  “We’ve been keeping him relaxed in his track work, but when he gets out on the race track he is automatically wired to go hard, so we’re hoping with maturity he will teach himself to settle and breathe”.  So far it’s looking like we’re making progress.

Just recently this fellow trialled with Black Heart Bart at Burrumbeet and held him off for quite a while so Dan was very confident he would hold off his rivals in a Benchmark 64.

Our apprentice, Lucy Doodt, rode him perfectly and was extremely pleased to ride a winner for part-owner Wayne Pelchen, who was generous in giving Lucy her first ever race ride at Donald back in 2015.

Congratulations to his wonderful ownership group!