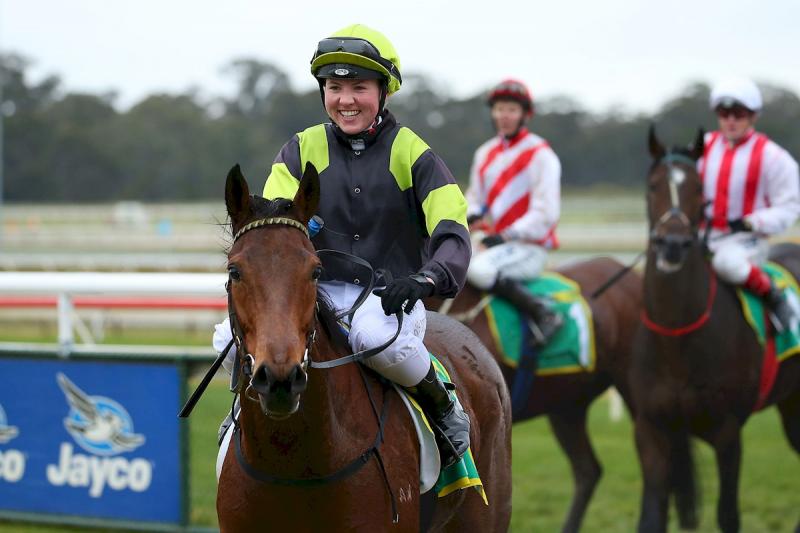 Lucinda Doodt will take the next step in her blossoming career in the saddle when she makes her first appearance in a metropolitan form guide at Ladbrokes Park on Wednesday.

The Ballarat apprentice will take the reins aboard four-year-old mare Pria Eclipse for her boss Dan O’Sullivan in the Le Pine Funerals Handicap (1400m).

Doodt has formed a strong association with the daughter of Magnus, returning two wins from her nine rides on her, and believes her intimate knowledge of the mare will allow her to give connections every chance of a fairytale win.

“I’m absolutely thrilled and it’s great to be having my first ride in town for my master, Dan O’Sullivan, and to be able to take that next step in my career,” Doodt said.

“It makes it a bit easier that I know the horse inside out because I ride her in all of her trackwork and have ridden her in most of her career starts.

“I love her to bits.

“She tries really hard this mare and she’s got a lot of gate speed so she’ll jump out and put herself there which will allow me to focus more on how the race is panning out instead of worrying about how my horse is going to react in different situations.”

Doodt is also engaged to ride the Saab Hasan-trained Bian Hard but, with the gelding the first emergency in the Cove Hotel Handicap (1600m), will need to rely on a pre-race scratching to gain a start.

The 20-year-old’s maiden metropolitan opportunity comes almost two years to the day that she made her debut at Donald in 2015, and since then she has ridden 27 winners.