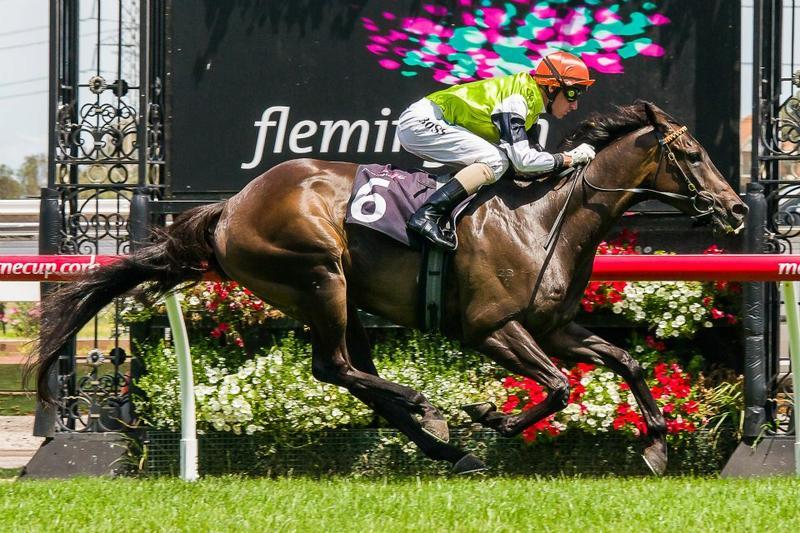 He emerged as one of Australia's most promising jumpers last season, but Tuscan Fire is proving that he still has a future on the flat.

The six-year-old scored a deserved win when he streeted his rivals in today's $80,000 Byron Moore Handicap (2000m) at Flemington to provide champion jockey Glen Boss with the first leg of a winning treble.

The victory followed back-to-back meritorious metropolitan second placings and has trainer Dan O'Sullivan optimistic that legs of the JJ Houlahan Jumps Championship are not the only feature races that last year's Australian Hurdle placegetter is cut out for.

“He's a horse we bought to jumping with, and we did, but he's just the most versatile consistent horse you're going to get,” the Ballarat trainer said.

“We'll go back jumping one day, but it's nice coming here for these $80,000 races with no obstacles in front.

“We've got a couple of little options what we might do going forward. There's a 2500 here in about 10 days time and it's always been in the back of mind that we could look at the Adelaide Cup down the track.”

Tuscan Fire turned in a dominant front-running display under champion jockey Glen Boss to score at Flemington. After kicking clear early in the straight, the $2.25 favourite held on to score by 2-1/2 lengths from Kutchinsky ($10) with Macedonian ($26) five lengths away third.

“He went four or five strides and the race was in his keeping,” Boss said.

The victory was the first leg of a winning double for Boss and O'Sullivan, who later combined to get British General home a winner in the $80,000 George Watson Handicap.

The speedy five-year-old made it back-to-back Flemington wins with an all-the-way victory in the 1400-metre event.