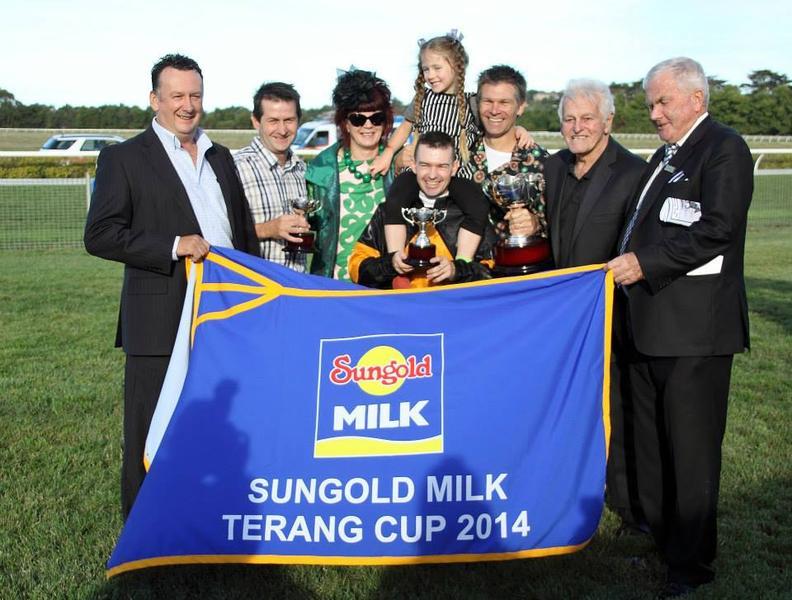 HONEST Ballarat galloper Gottino gave trainer Dan O’Sullivan an emotional win in the $50,000 Terang Cup when he got up in the last stride to defeat the heavily-backed Haylaman and Fieldmaster in the 2150-metre race yesterday.

O’Sullivan, who was born in Terang 51 years ago, said a win in the feature flat race at the cup meeting had been on his wish list since he took out his trainer’s licence 18 years ago.

“It’s a great thrill to come back and win the Terang Cup,” he said. “I’ve been fortunate to have won a few good races during my career but to win this race is so special.”

O’Sullivan took over the training of Gottino in October last year after his original trainer Ken Moore suffered a hand injury. He he said was happy with how the six-year-old had hit the finishing line.

“I had him fresh for this race. I’m sure Gottino will improve on that effort,” he said.

“The logical step for him now is to go to the Warrnambool Cup on May 1 with him. Gottino handles all sorts of conditions so it does not matter if it rains and I reckon the 2350 metres at Warrnambool will suit. The win today has lifted his rating so I’m confident he’ll get a run in the Warrnambool Cup.”

Winning jockey Dean Yendall, who won his first Terang Cup on Gottino, said the horse over-raced in the early stages of the race.

“He was fresh and I tried to get him to relax but it took me a while to get him back underneath me,” Yendall said.

“The tempo in the race was pretty solid but I hit the line really well.”