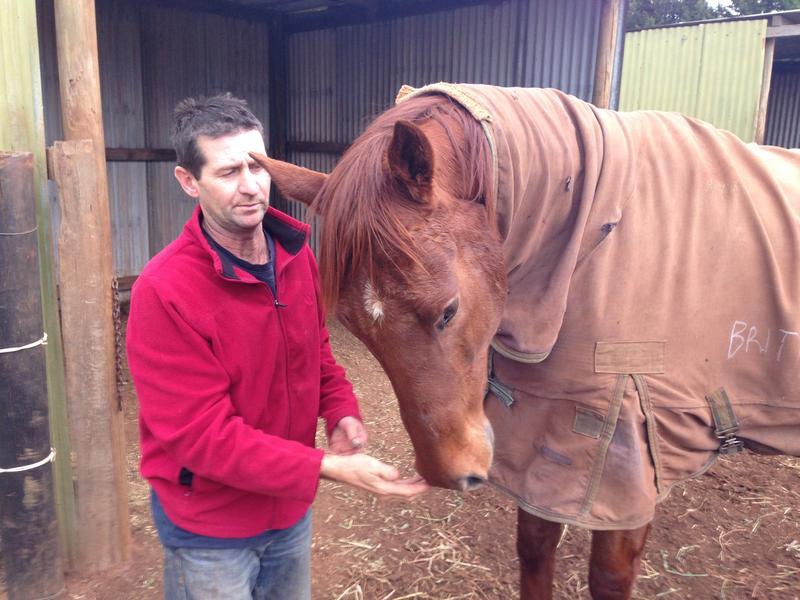 Ballarat trainer Dan O'Sullivan hopes stable star British General can measure up to the top level in an upcoming spring campaign.
O'Sullivan is eyeing a handful of possible group one targets including the Emirates Stakes (1600m) and Toorak Handicap (1600m) for the six-year-old, who won the listed Weekend Hussler Stakes (1400m) at Caulfield in October last year.
The son of General Nediym has been back in work for the past few weeks and a possible first-up assignment could be the group three Aurie's Star Handicap (1200m) at Flemington on August 9.
"We have never had him at group one level yet and he'd want to show me he is up to that form to go there," O'Sullivan said.
"Because he is a good horse and he has issues, I don't want to waste runs. I could be running seventh and eighth in a group one or could be winning a group two or group three.
"We were nearly going to do it (run in a group one) last time in. The Emirates was in the back of our minds.
"He has shown he is up to a very good level and I still believe one day he could get to that group one."
O'Sullivan said British General had enjoyed a good break, with his last run a seventh at Flemington in early November last year.
"This was to help him get fully recovered from his little issues and also he's probably a horse who doesn't need to be racing through the winter," O'Sullivan said.
British General has won eight races from 22 career starts for almost $400,000 in earnings.