Prime Reason tops off with 4 winners in the week! 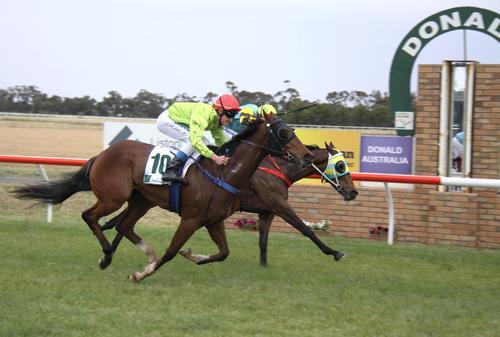 What a terriffic week it's been for Dan and the team, bringing home four winners, two seconds and two thirds from eleven runners.

Prime Reason kicked off the day in winning fashion at Donald on Sunday, storming home to overcome his rivals in race 2, over 1350m.  Jacob Rule rode Prime Reason perfectly to instructions and even though the margin was narrow it was a very strong effort.

A big achievement for Wayne Pelchen, breeding and co-owning another winner – making it two for the week and three for the month.

Later in the day it was Annie's a Gem's turn to fly the flag, but with things not quite working out, she ran a very gallant 2nd.  We are sure her next win isn't far away!