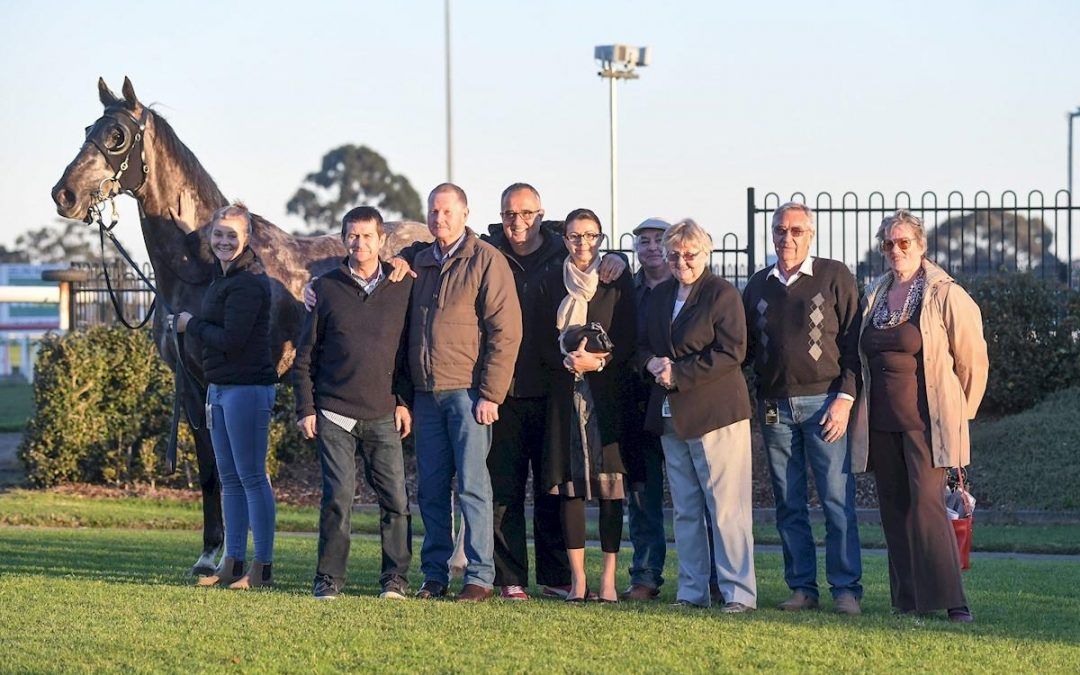 To say our team has worked tirelessly, left no stone un-turned, and travelled down every pathway with this guy over the past two years is understatement – so to have him win in such good fashion at Geelong today is a very proud and satisfying moment for our team.

Known around our stables as “Benny” the lovable goofball (and sometimes Benny the…followed by swear words), Antagonist has the ability to have already won a handful of races but he has done everything in his power to not win over the years.  Early days he misbehaved in the gates but  when we sorted that out he developed the very bad habit of laying in.

Thankfully his fantastic group of owners have been extremely patient with both Benny and Dan and with expert horseman Johnny Allen on board he showed what he is capable of.

“It’s pretty simple, we just want to deliver winners for our owners and it’s a big relief to see this fellow deliver the goods today” Dan remarked. “I have had a theory that he goes well on the synthetic so we’ll look for another race like this one and see if he can put in two together”.

Congratulations to his wonderful bunch of owners, especially Chris and Fiona Solomidis, Don and Val Steeper and Alan Dixon who rarely miss a race.