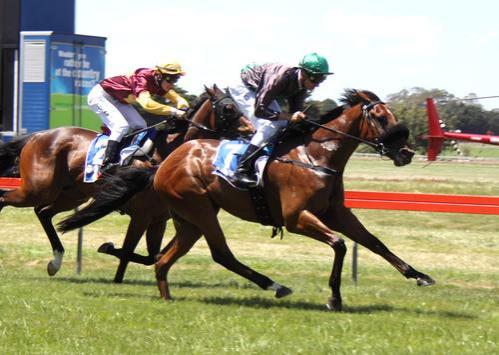 Saturday's racing took us to the picturesque and legendary meeting at Dunkeld in Victoria's Grampian region.

Dan's only runner for the day was Ways Of A Tycoon, who like a lot of other horse's in the stable, has been racing well but just missed out on winning in previous races.

For the first time in the club's history, the meeting carried TAB status, which gave his large group of owners, who spread across Victoria and South Australia the chance to watch him take out the Mixx FM Maiden Plate over 1200m.

There to represent the owners was Adrian Marr, the manager of the Pensamarr Racing Syndicate, and his wife Chrissy.

WIth Billy Egan on board, he was given the run on the race and it was a good effort to win against older horses.