Back to Back Wins for British General 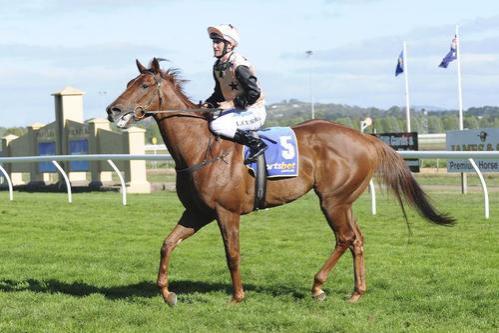 British General lived up to his name again yesterday, giving his rivals the orders in authoritive fashion.

Dan set him a tough task of stepping up to 0-72 Showcase for his second race this preparation and he didn't let anyone down.

Jockey Luke Currie very much controlled the race and when his opposition attempted to take him on, British General stepped up into another gear, winning by nearly 2 lengths.

The story of this magnificent looking horse by General Nediym, surviving the Black Saturday bushfires in 2009 - when his mother, British Lion and numerous other companions didn't is a small but wonderful tribute to everyone affected on that catastrophic day.

Dan is confident there is more exciting racing for the Brown Family from this fellow.