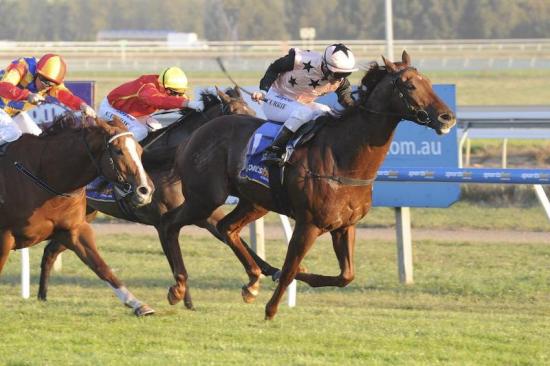 British General was back on his own territory yesterday, taking on another showcase field over 1200m.

After a luckless run from a wide gate in his previous start at Bendigo, Dan took the risk in running him from wide gate again.  "He has had a bigger break this time and with a smaller field I am more confident going into this" Dan said prior to the race.

To some it may appear he didn't win with as much authority as those prior, but it was a good effort especially carrying 60kg's.

This is British General's third win this preparation for David and Kathy Brown, along with their sons Jack and James.