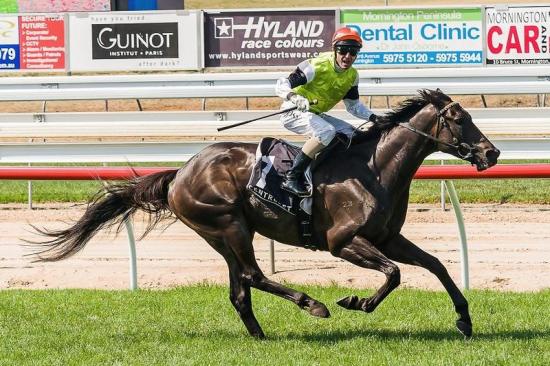 Ballarat trainer Dan O’Sullivan now has the option of a Caulfield Cup start for Tuscan Fire after the versatile galloper claimed the Listed Mornington Cup (2400m) in great fashion.

Tuscan Fire was good enough to stamp himself as a jumper with a big future with his third in the Australian Hurdle in June last year but the gelding has become one of Victoria’s brightest staying prospects with a brilliant summer campaign.

The six-year-old has thrived throughout his preparation, winning twice at Flemington before posting a fine second at his previous outing in the Listed Mornington Cup Prelude (2000m) at Caulfield.

Triple Melbourne Cup-winning rider Glen Boss said O’Sullivan had turned Tuscan Fire out in terrific order yet again for the Mornington Cup before the son of Tuscanos lived up to his looks with a dominant performance.

Tuscan Fire settled fourth for Boss before the jockey sent his mount to the front rounding the home turn. Boss had time for a pre-post victory salute before Tuscan Fire crossed the finish line to claim the $350,000 event by almost three lengths.

“I’m really proud of what Dan has done for this horse and connections,” Boss said. “He has turned this horse out in unbelievable condition every time I have ridden him.

The trainer said Tuscan Fire had provided connections with a terrific thrill with the promise of plenty more to come before he goes for a spell with a return to jumps racing remaining on the agenda despite his automatic Caulfield Cup qualification.

“It’s a big thrill for a great bunch of owners. Most of them are here today,” O’Sullivan said. “Just to have this horse achieve this at this level, his run the other day was great and it topped him right off, it’s a huge big thrill to come out and win this today.

“Everything went so well and we couldn’t have asked for a nice run in such a big race.

“We’ll enjoy the moment today. The jumping’s still there, Vintage Crop was a jumper and he won a Melbourne Cup.

“He’s qualified and he’s good at it . We won this today and there is still a couple of runs left him in so that’s still my plan. It always has been.

“He’s qualified (for the Caulfield) and he can get to the race but there’s a few things to get through between now and then.”