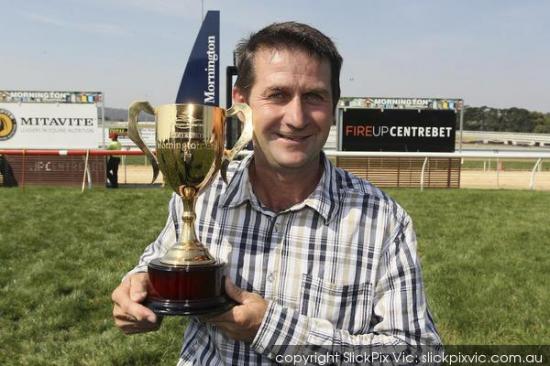 Racing Victoria has announced Dan as a finalist for the 2012-2013 Fred Hoystead Medal which recognises trainers for outstanding performances on  Victorian tracks.

Dan received more votes than any other trainer for the month of January for his training achievement with stablemates British General and Tuscan Fire.   The former survived the 2009 Victorian bushfires and went on to win consecutive 1400m Saturday city races at Flemington in January, while stayer Tuscan Fire has transformed from a jumper into a consistently successful stayer on the flat, winning consecutive Saturday races at Flemington over 2000 and 2500m.

At the end of each month, a judging panel headed by the Australian Trainers Association casts their votes for trainers based on training performance on Victorian racetracks regardless of where the trainer is located.

The leading votegetter in each of the remaining three months of the 2012/13 season will be made public in the countdown to the unveiling of the Fred Hoysted Medallist at the Victorian Thoroughbred Racing Awards.

The Fred Hoysted Medal is named in honour of the Hall of Fame trainer who won a record 17 premierships between 1933 and 1958 and is best known for training New Zealander Rising Fast to the second of his two Caulfield Cup wins.

The 2012/13 season Medal will be presented alongside the Scobie Breasley Medal and Victorian Racehorse of the Year Award after the conclusion of the 2012/13 racing season.