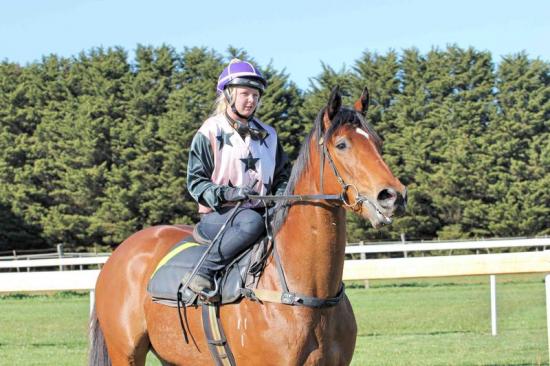 Trainer Dan O'Sullivan will have a strong hand at the Ballarat Turf Club's comeback meeting on Wednesday.

The O'Sullivan stable prepares three runners for the club's return raceday, which is its first since the Ballarat Cup was held in November 2013.

San Carlos will grace the new surface in the second race on the card, a three-year-old maiden plate over 1600m.

The gelding was set to make his race debut at Ballarat in June, but that was put on ice following heavy rain, which forced the abandonment of that meeting.

San Carlos was then spelled and had to wait until September 15 for a first-up assignment, which produced a good fourth at Donald.

Mark Zahra has been booked to take the ride.

We then get our first look at Go By Rio, who makes his debut in a maiden plate over 1400m.

Nikita Beriman will partner the three-year-old son of Rios, who has drawn gate one in his first look at the races.

Attention then turns to stablemate Glory's Girl, who resumes in a fillies and mares benchmark 64 over 1000m.

Glen Boss has the ride on the six-year-old, in what is her first outing since a 17-week spell that followed a down-the-track finish at Seymour in June.

The horse, drawn wide in barrier 14, has had just the five career starts, with her maiden win coming at Terang in April this year.

Wednesday's eight-race card kicks off from 1.35pm, with the last event to jump at 5.40pm.