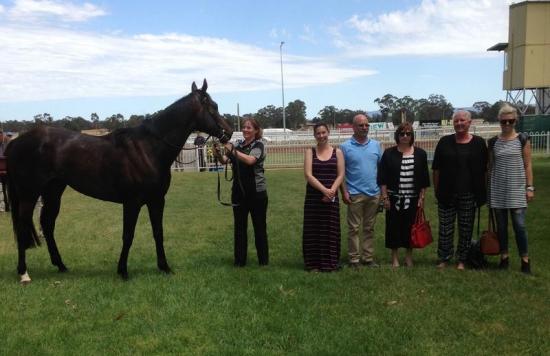 She might not have been at Flemington, but Marley's Mission still celebrated Melbourne Cup day in style.
The three-year-old filly ran to her first victory in the Northern Grampians Shire Council Maiden (1300m) at Stawell on Tuesday.
The meeting was the first held back at the venue since the club's Easter cup meeting was abandoned due to poison being spread on the track.
Tuesday's race was the daughter of Marley And Me's third career start and her first since a down-the-track finish at Echuca in May when she pulled up sore.
Marley's Mission showed speed from the gates, allowing jockey Dean Holland to lead and control the tempo before holding off the three rivals in the home straight.
Marley's Mission had just over a length to spare on the line from Jamie Opperman-trained Mr Inquisitive.
The Dan O'Sullivan Racing team extends its congratulations to the horse's large group of owners, including Kerry Bartels, Wayne Brewster, Garry Dickeson, Mandy Emery, Kym Emery, David Emery, Joanna Forteath, Carmel Garland, Karyn Garland, Carmel Garland, Dianne Hanlon, Terry Hurst, Gavin Kenna, Elaine Kenna, Tim Kenna, Cate Kenna, Terry Lillis, Wan Ming Ong, Denis Roberts, Alan Rothall, Kevin Samuel and those in the All Ages Syndicate.