Rock of Glory blows rivals away on home soil 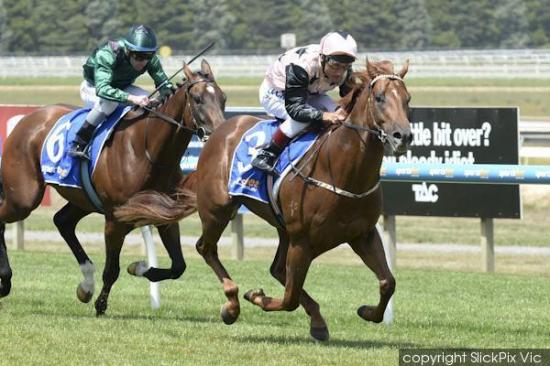 Rock of Glory is likely to head for a well-earned spell following a breakthrough maiden victory at his home track this afternoon.

The Dan O'Sullivan-trained colt was sent out a raging hot favourite in the Whiteheads Timber Maiden Plate (1000m) and didn't disappoint, unleashing a strong finishing burst to score a runaway two-and-a-quarter-length win.

Rock of Glory's success arrives at his seventh career outing and after a persistent campaign that began in November last year when he debuted at Hamilton.

Oliver said the step back in trip worked well for Rock of Glory, whose past two runs had been over 1200m and 1209m.

"I think it was a smart idea by Dan bringing him back to the 1000m, just teaching him how to pace himself," Oliver said.

"He got a bit of speed, was able to sit in behind and he was just going in the straight - only did what he had to do - but after the line he ran right through the line and finished off good.

"I think he has certainly got room for improvement when he learns to pace himself a bit better."

The Dan O'Sullivan Racing team sends its congratulations to all of Rock of Glory's connections.