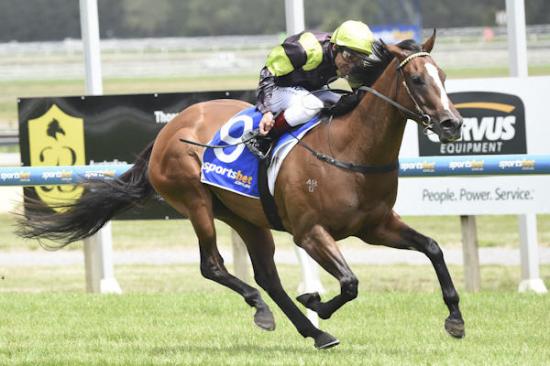 Oliver turned in a lovely ride on the Dan O'Sullivan-trained four-year-old to land the Porter Plant BM64 Handicap (1400m).

The win was the daughter of Bel Esprit's first since breaking her maiden in July last year.

"It was great to ride a winner for my old mate Dan O'Sullivan. We go back a long way, back when he was foreman for John Sadler and I was apprentice to (Lee) Freedman," Oliver said after the win.

Oliver believed Leicameares could measure up to mid-week city grade in the off-season.

O'Sullivan said the horse continued to prove a consistent galloper, which is evidenced by the horse's record of two wins and four placings from 12 career runs.

"We were aided today by a really good ride. (Oliver) cut back to the rail and he does that too often for it to be a fluke and get it right. That made a big difference, too," O'Sullivan said.

Leicameares' triumph comes after two third placings this campaign at Kyneton and Ballarat, both of which were over 1200m. The step-up to 1400m proved ideal as Oliver settled just ahead of midfield and then switched back to the rail rounding the home turn before finishing too strong for rivals Crusoe and Barkly Boy.