British General signs off after injury 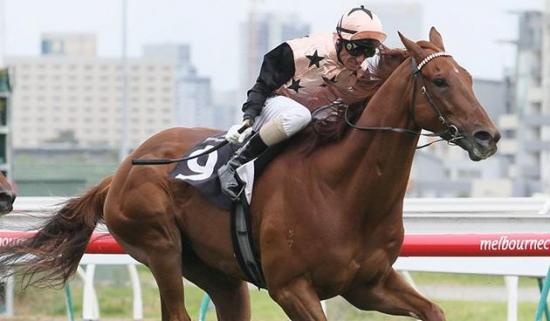 Trainer Dan O'Sullivan confirmed his eight-year-old sprinter British General has been retired after yet another injury setback.

The son of General Nediym twice won at Listed level, when he claimed the Chester Manifold Stakesand Weekend Hussler Stakes in 2013.

British General gained fame as a yearling when he survived the 'Black Saturday' bushfires, but injury setbacks restricted him to 28 career starts.

Of those 28 starts, he won eight and placed a further eight times.

"Him and Tuscan [Fire] have been not only stablemates, but nearly soul mates. They've been in the float plenty of times together, won on the same days.

"This is about the fifth or sixth time we've had to make the phone call to the owners to say, 'He's got an issue again'.

"And that'll be it for him now - the last thing I want to do is see is him have a catastrophic injury and finish him forever.

"But he'll make someone a lovely pack [horse] one day."

Close stablemate and nine-year-old Tuscan Fire was a winner at Caulfield on Tuesday, dead-heating with Radical in the Swettenham Stud Summer Championship Final (1700m) and will continue preparing for the jumps season.