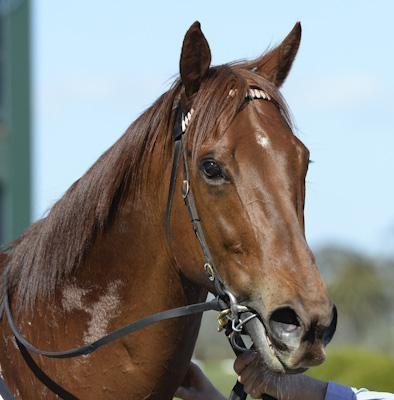 And so it appears our big, brave, handsome soldier, British General has fought his last battle.

If they awarded the Victoria Cross to horses there would be no other more worthy than this guy.

A survivor of the Black Saturday bush fires, he became a shining light for so many, in particular his wonderful owners, The Brown Family.

Plagued with injuries his entire career, he always gave 110%.
A total of eight wins, four of those in the city, with the most exciting, undoubtedly his win in the Weekend Hussler Stakes in 2013.

A million times thank you to The Brown Family for racing The General with us and a big thanks to Johnny Stocker for the introduction.

To Damo, Julie and our team, a million times thanks for going above and beyond to keep him as sound as possible. Damo, you never left his side and we know that you get even more nervous when this guy races than any of your own.

To Luke Currie who put the hard yards in early days teaching him to race correctly and Glen Boss for taking over the reins in three Flemington wins.

To our Big General, you always made us proud. You were so tough on the racetrack, yet such a kind, loving gentleman at home. We are forever thankful you came into our lives