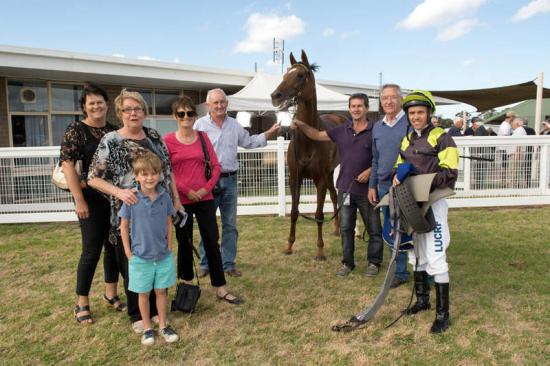 It had been a while between drinks, nearly 12 months in fact, and Dan claims that the hurdles have been the reason for revival in form.

It's not unusual for Dan to use the logs in the warm up arena for many of his horses, especially those who need a little variety in their training routine.  Some horses don't take to them, but others really enjoy it, and little "Demi" is one of those who does.    She is so good at jumping, that she has progressed to the hurdles in the schooling lane on course.

"She had developed a bit of habit of becoming a bit complacent in her races, but the hurdles have given her some groove back, which has she has shown in her runs this preparation" Dan said. "She's only little but boy can she jump and most importantly, she really enjoys it!"

She drew wide at Colac, which was some concern but jockey Ryan Moloney did a very good job to get her in a perfect position promptly.

Congratulations to her big group of owners and hopefully she's now on a roll!