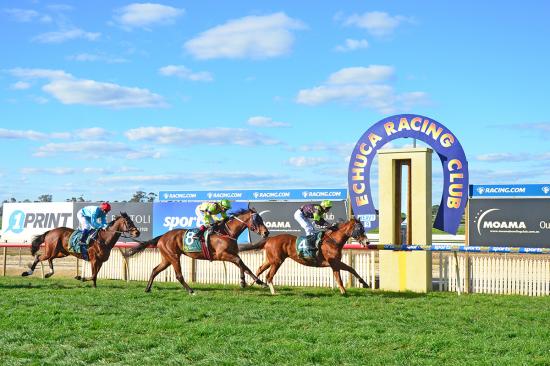 Fine Embers is hot to trot at the moment, notching up his third win this preparation, yesterday at Echuca.

The six year old gelding, by Mt Nelson settled a little closer to the lead than usual and his jockey, Ryan Maloney rated his ride beautifully knowing that "Frankie" is fit and would be strong over the final stages.

Dan was thrilled for his owners, Frank and Lesie Monish who have raced horses with us for many years and for the first ever have now won two races in a row. "I'd love to win a race in town for Frank and Lesie, but I won't go overboard with him just yet - there's a nice race at Ballarat on Sunday 21st August which we'll probably go to".

Congratulations Frank and Lesie, and a great job from our team!