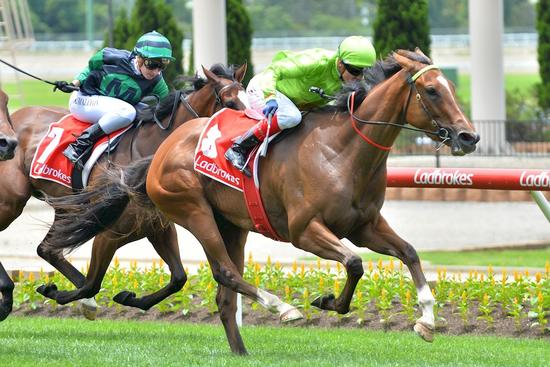 Trainer Dan O’Sullivan was relieved to be back in the winner’s enclosure at Moonee Valley with a daughter of the horse which gave him his first stakes success.

The win of Truly Discreet in Saturday’s Ladbrokes Odds Boost Exotics Handicap was O’Sullivan’s first win in the metropolitan area for two seasons.

Ridden by Craig Williams, Truly Discreet was backed from $18 to $13 before scoring a three-quarter length win from Kardashing ($4.20) with the $3.50 favourite Pleasuring a short half-head away third.

Truly Discreet is a daughter of She’s Discreet who provided O’Sullivan with his first Group race victory when she won the 1999 Dermody Stakes at Morphettville.

The mare has gone on to produce 14 foals of which 13 have raced, all being winners, including stakes winners Very Discreet, I’m Discreet and Forever Discreet.

O’Sullivan would like to add Truly Discreet to that list of stakes achievements and favours giving the filly a short break before concentrating on the the Adelaide carnival in May.

“David is from Adelaide and being a breeder he would love to win the Australasian Oaks,” O’Sullivan said.

“Timing-wise it might be the time to give her a little break now, let her mature a bit more, and look to that race.

“Being by Teofilo she will keep on getting better and better.”

O’Sullivan said Saturday’s race, which carried prize money of $120,000 along with $50,000 in VOBIS bonus money, had been on his radar following the filly’s Terang maiden win earlier in the month.