Blunakka Scrapes In At Yarra Valley 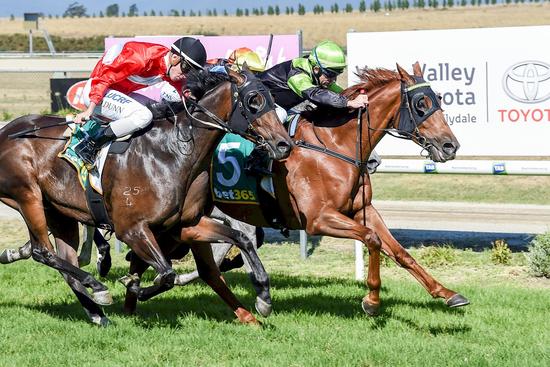 Blunakka is turning into a handy little horse for his new group of owners, after winning the Capital Mutual Insurance Brokers Handicap at Yarra Valley yesterday.

He was given his marching orders by his original owner/breeders due to his lacklustre form, but Dan saw potential in him, so suggested to some locals he might be a good option for Burrumbeet meeting on New Year's Day.

A win at Burrumbeet was ticked off the list, and now he has delivered another win, this time over 1500m.

"This guy is four now, but he has taken a long time to learn how to pace himself in his races. I've always thought he'll get out to 1600m and he's nearly there with 1500m was perfect for him today".  Dan said. "Today also proved to him and everyone else he doesn't have to lead, which makes him a lot more versatile".

Jarrod Lorensini has ridden him several times now, and they are forming a nice little partnership.