Will Price All Smiles After Maiden Win 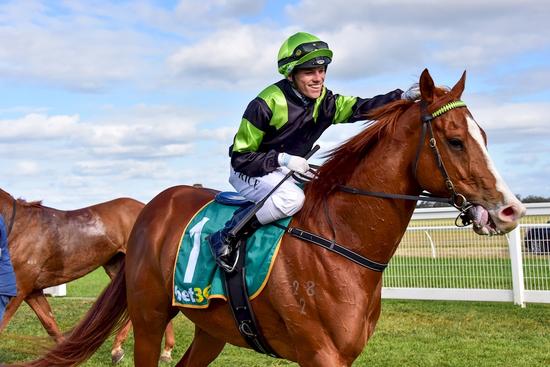 STORY BY TIM O'CONNOR FROM THE BALLARAT COURIER

Young jockey Will Price had a day to remember at Donald on Tuesday.

The 19-year-old, who is the son of South Australian hoop Simon, partnered Dan O'Sullivan-trained Captain Crackerjak to take out a BM58 handicap over 1000m.

The narrow success was Price's first ever winner in the saddle.

Price is the nephew of Dan's wife Mel and lives and works with the family in Miners Rest.

His debut success came at just his sixth race as a jockey.

Captain Crackerjak has been a little marvel for O'Sullivan and also provided his former apprentice Letita Griffin with her first race winner.

Interestingly, Griffin's breakthrough win came at Donald in a BM58 over 1000m.