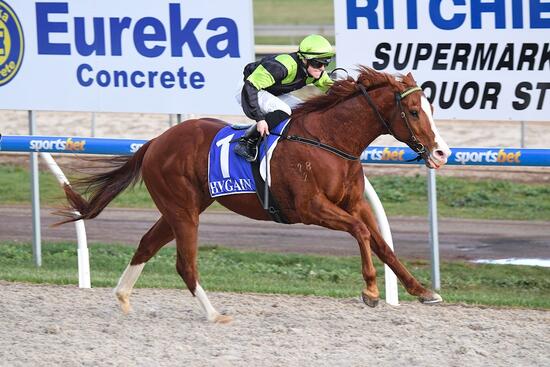 Nine months after his first ride in a race, gun apprentice Will Price ticked off a significant milestone when he outrode his country claim at Ballarat on Tuesday.

Fittingly, the victory – his 80th at a TAB meeting – came aboard the horse that gave him his first win back in October, veteran speedster Captain Crackerjack for his boss Dan O’Sullivan.

The 20-year-old son of South Australian jockey Simon Price said his swift rise through the riding ranks was a result of extensive support from trainers across the state.

“It’s unreal to do it on Captain Crackerjack,” Price said.

“He was my first winner so to finish the country claim off on him has just tied in nicely.

“I’ve had really good support around me and had a lot of really good opportunities over the last nine months.”

Price rode his first and only metropolitan winner at Sandown in April and will get the chance to build on that tally with a solid book of rides at the same track on Wednesday, including well-fancied gallopers Pinyin and Moscow Red.