The General is back! 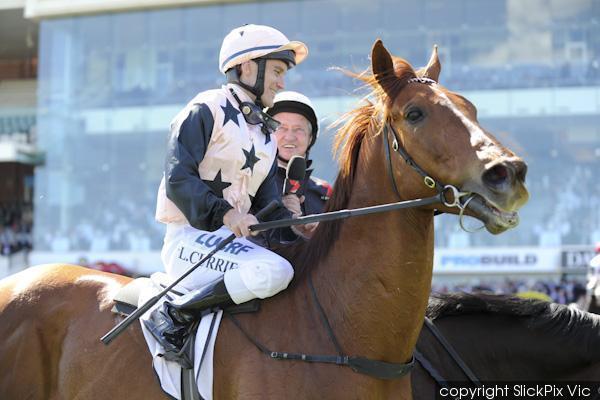 The Dan O'Sullivan-trained speedster will step out for the first time since a beaten favourite in the group 3 TAB.com.au Stakes (1400m) at Flemington on November 2 last year.

Michelle Payne has been booked to ride the seven-year-old, who has warmed up for his first-up assault with a handful of jump-outs, including most recently at St Arnaud.

"He's done enough work to run quite well, but he will be better over more ground now," O'Sullivan said.

Following Saturday's race, O'Sullivan said the son of General Nediym was likely to head to the group 3 Bobby Lewis Quality (1200m) at Flemington on September 13 before a decision was made on his next target.

The Ballarat trainer has previously said that he would love to get British General to group 1 level this preparation, should things go to plan.

"We were nearly going to do it (run in a group one) last time in. The Emirates was in the back of our minds," O'Sullivan said in May.
"He has shown he is up to a very good level and I still believe one day he could get to that group one."