Wally the grey set to debut 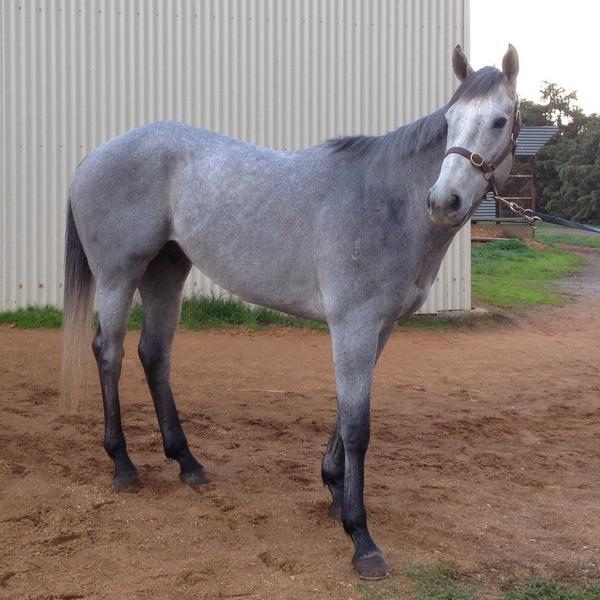 Big grey Don't Tell Wally makes his race debut at one of Victoria's most popular carnivals on Sunday.

The Dan O'Sullivan-trained galloper will travel to Swan Hill for a three-year-old maiden over 1200m, where he will be partnered by jockey Jye McNeil.

A gelding by Monde Bleu, Don't Tell Wally is out of grey mare Get Thou Behind Me, who was a winner of three races in Australia.

He will be the mare's fifth foal to race, which includes three individual winners.

This race looks a good starting point for the gelding, who is expected to get better over more distance in the future.

Don't Tell Wally, who has drawn barrier six, will race in the opening event of the day at 12noon. He is owned by Steven Boulton, Paul Brumby, Steven Owen, Peter Ryan, Michael Treweek and connections.

Don't Tell Wally will be O'Sullivan's first runner since Kilmore last weekend and follows the disappointment of the abandoned Ballarat meeting, where stablemates San Carlos and Rock of Glory were set to make their debuts.

The meeting – scheduled to be the first at the venue in over six months following track works – was called off after heavy rain.