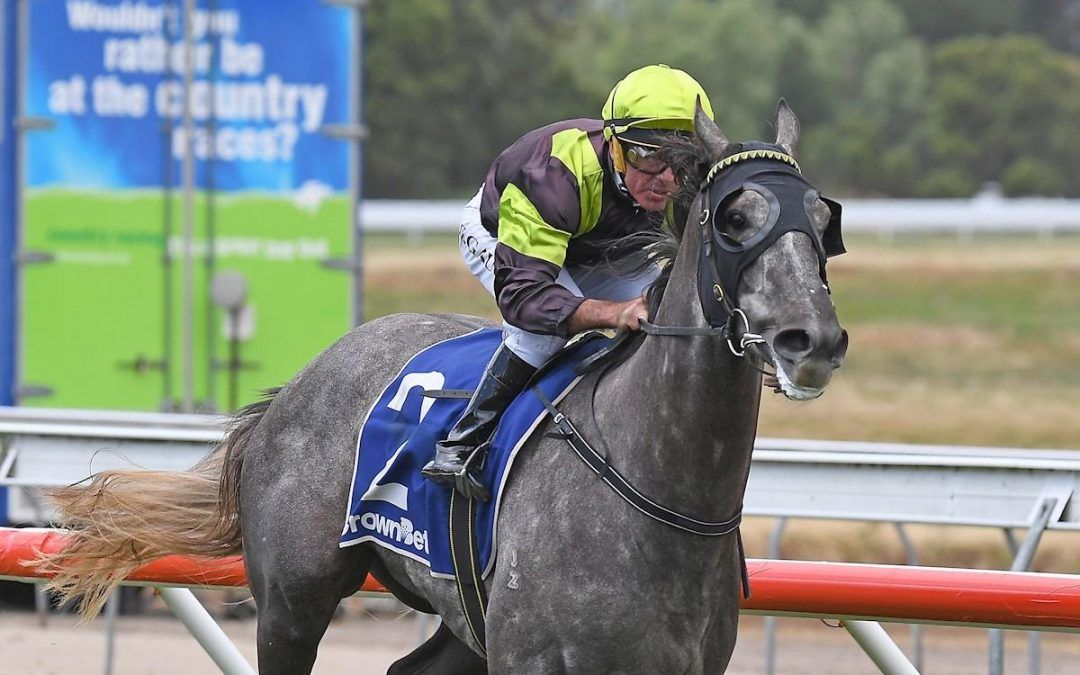 This fellow arrived at our stables back in 2014 as a nice, but immature looking nearly two year old. A brief stint of education then a very long spell saw him return a different looking horse.  But to say the road from there was still a rocky one would be an understatement.

It took several attempts to get his racing certificate due to him not wanting to load in the barriers, then when that problem was sorted he came up with every trick he could find in his races (not in his track work by the way) to get out of winning.

Feedback from his jockeys was that he has it, we just needed to sort him out.

As Dan says, “Give Up never won a race” so our dedicated team have worked tirelessly get this boy on the straight and narrow.

So for him to win at Colac yesterday, was a big relief and a significant achievement for Dan and our crew, and sometimes all you need is a wise, experienced jockey like Darren Gauci to get the job done.

Let’s hope that now he knows what it’s like to win he gets the taste for it.

Congratulations to his lovely, dedicated crew of owners, headed by April Matthews who has now bred her first winner!