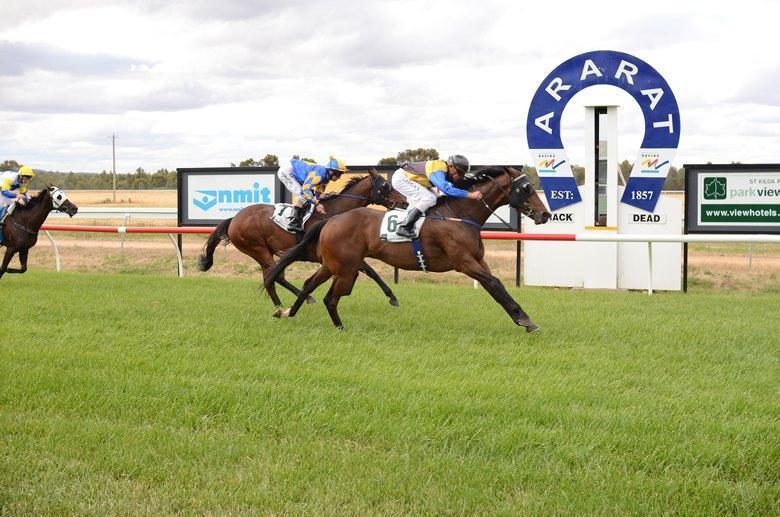 The races had been delayed several hours due to the barriers tipping over which required a crane to move them back into position.  Then there was the query whether they had suffered damage – thankfully they were fine.

The next delay was an inspection by the jockeys, who were concerned with part of the track – they agreed to race.

Thinking he had five excellent chances for the day, the best Dan had achieved was two fourth placings after four runners, which then progressed with Jungle Fighter going off in the gates prior to jumping.

Again, thankfully, no harm came about and his race went ahead with him settling back in the early stages and doing his best work late to win by just under a length.

At this stage it appears Jungle doesn't perform well past 2000m and today also confirmed he race best when settling back early.

Dan will keep racing him over a similiar trip in suitable fields.