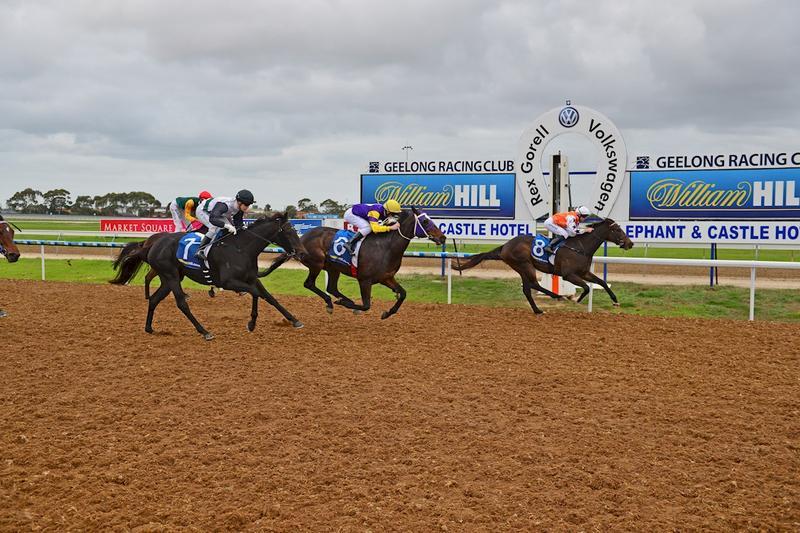 Our second meeting within a week on the Geelong Synthetic also saw our second win with Aurelius Hero.

After failing on a very heavy track at Warrnambool, Dan decided to run him at Geelong, where he had won impressively in a previous preparation.  "It makes sense. He's trains on the synthetic here at Ballarat, he's won well on it before and he didn't handle the heavy at Warrnambool" Dan said.

Aurelius Hero is one of those horses who you'd like ten more of. He's an absolute dream to do anything with and tries every time he steps onto the track.  He has now won his terrific group of owners more than $100,000 in prize money!