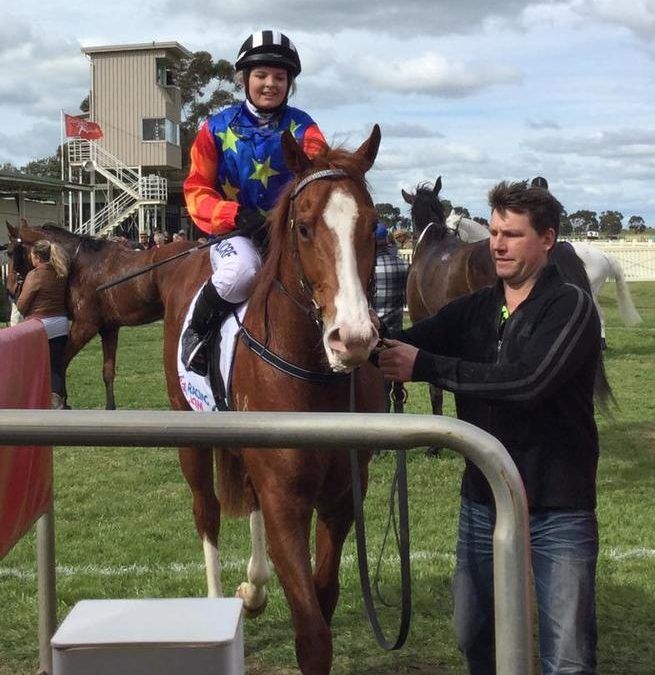 After five years of working as a strapper for Ballarat trainer Dan O’Sullivan, Leticia Griffin enjoyed the perfect start to her riding career when she won her first race ride at Donald on Saturday.

Claiming four kilograms, Griffin guided $4.20 chance Captain Crackerjak to a narrow victory in the Benchmark 58 race over 1000 metres.O’Sullivan said that Griffin’s background is in showjumping, but he explained that she wanted to ride thoroughbreds and so he employed her about five years ago to ride and work around the stable.

“Then a couple of years ago she decided she to take it (apprentice’s license) out and she’s in her second year now and it’s just taken her a little time to get going but we weren’t going to rush her into it until she was ready,” O’Sullivan said on Saturday afternoon.

The Ballarat trainer said that Captain Crackerjak was ridden at Geelong at his previous start by Steven Arnold, who told O’Sullivan after the galloper had run fourth that he was a kind mount and one that would suit a young rider.

“That’s when we thought that he’d be a good one for Leticia to kick-off on,” O’Sullivan said.

“We found the right horse on the right day and it can be tough to line these things up, but it’s a great result for her.