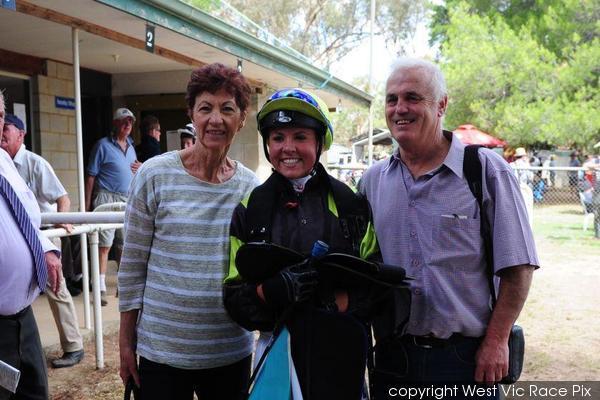 Racing Victoria third-year apprentice Lucy Doodt has adopted the ‘have saddle, will travel’ motto in her first nine months of racing, and doing so has paid dividends.

The Ballarat-based hoop, 18, is apprenticed to trainer Dan O'Sullivan, but has made her mark early in her race-riding career at King Island, putting up some impressive numbers during their recent seven-meeting season.

Doodt had 30 rides on the island for six winners, and she brought her talents back to Victoria when she combined with O'Sullivan for her first winner in her home state – booting home Tramcar Johnny at Great Western in January.

"He flew for me, so it was really great to have my first winner in Victoria for Dan," said Doodt, who rode in her first race last May.

Of her King Island stint, she added: "It was just for their season – so the first race meeting in the season was the end of November.

"And the last race meeting was last week. I had six winners there, which was great – really good to kick off my career.

"It was fabulous to go there, great people and great racing."

Doodt said she wants to go back to Tasmania for more opportunities and by her results at King Island, and the 'mainland’ so far, there should be plenty of support for that.

Her only ride to date at Launceston was aboard a $95 shot The Princeling, who she helped to a runner-up finish in a field of 13.

But it's not just race riding at which she shines at – she matched the likes of Ciaron Maher andMichelle Payne in a game of polo at Ballarat last Sunday riding the Off The Track horses, and is a champion ballet dancer.

"Yeah it was something different, really good fun," Doodt said of the polo outing.

Doodt said she couldn't pick her stable favourite of O'Sullivan's, but ‘there's a few young ones I wouldn't mind riding’.

And of her 53-year-old mentor, Doodt said having a boss who rides as well was a useful tool for her development.

"Dan rides himself, he can ride alongside you and tell you where you're at or what you need to work on," she said.

"It's good having someone there that you can go back after your races, and talk to them. They watch your rides and assess you."