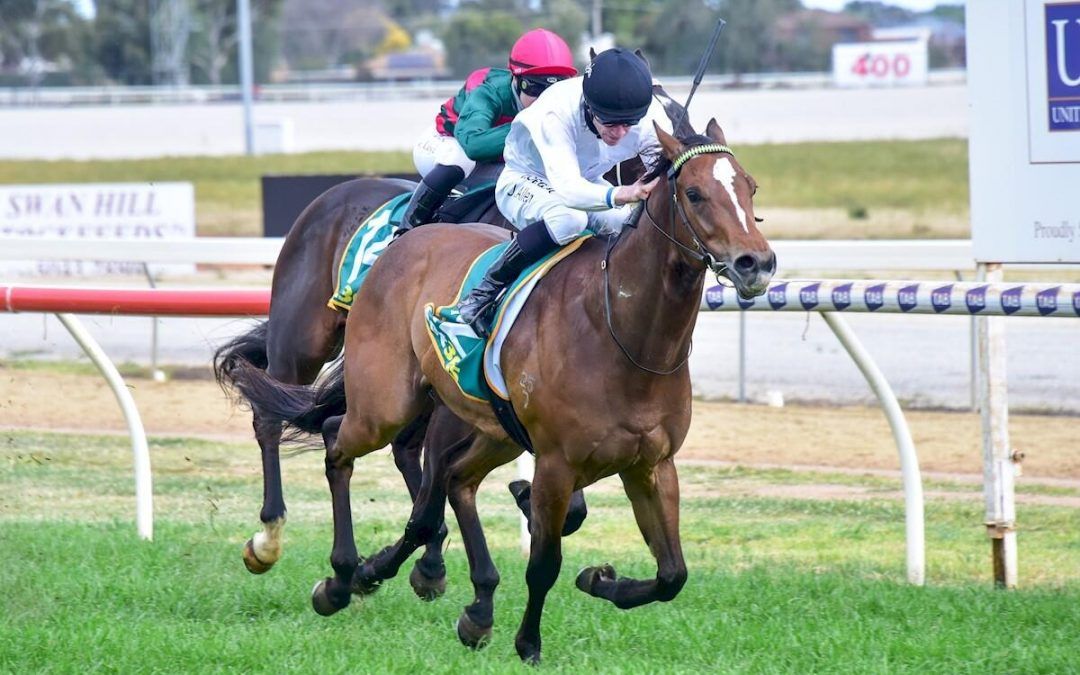 We forgot to take the colours to Swan Hill today, but we’re pretty sure all was forgiven when we delivered a win for the connections of El Santo.

Little “Bruno” looks to have a solid future head of him.  The three year old gelding by up and coming stallion, Press Statement, is just one of those type of horses that all trainers like to have in their stable.

Dan has been full of praise of him purchasing him as a yearling, in the way that he is extremely professional, straight forward and confident.  If we had one wish for him, it would be that he was a touch bigger, but he doesn’t think he’s little!

It was great to have John Allen ride a winner for us and very pleasing to get a win at just his third race start for a wonderful crew of owners, many who are new to Dan O’Sullivan Racing.

We’ll head toward the Derby, see how far he gets, but we won’t push him too hard this Spring, as we really believe he will be better in the Autumn!