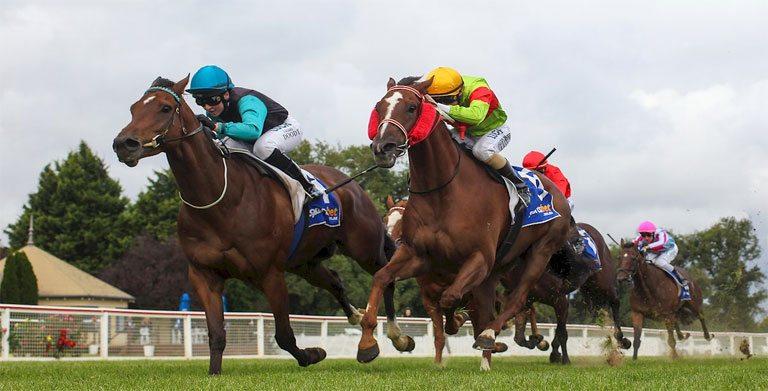 BALLARAT-based trainer Dan O’Sullivan will have a four-pronged attack this Wednesday on his home track, which will be headed by Elite Tiger in the Porter Plant Cup.

The feature race of the day at Ballarat has attracted a quality field of middle distance thoroughbreds and last start winner Elite Tiger looks to have a good winning chance for O’Sullivan.

The five-year-old scored a narrow win at Ballarat on April 2 and despite having not run well over the mile in two attempts, O’Sullivan said there were minors excuses for those efforts.

“He’s come through his last start really well,” O’Sullivan said. “We nominated and accepted for Terang on Saturday, he was that good and well.

“We drew the wide gate, so we thought about going to the 1600m and every time we’ve gone there he hasn’t performed as good as we’ve hoped, but it’s been at the end of the preparation or been at a good race at Flemington or Pakenham, just little reasons.”

Elite Tiger is a home-track specialist with three wins and a placing from four starts – something punters should take notice of this Wednesday.

“He always races so well here at Ballarat, so we thought we’d have a crack at this race and as it turns out he wouldn’t have run at Terang anyway,” O’Sullivan said.

The Ballarat track is expected to play a little worse than dead, which will suit the three-time winner on slow going.

“If it was heavy that would be a question mark whether he gets the trip, so let’s see if we can get him over a mile while he’s racing fit,” said O’Sullivan, who could target Flemington with Elite Tiger later this preparation.

“There’s a couple of nice races at Warrnambool and after that there’s another 1400-1600m at Flemington. Probably just another two or three runs then we’ll give him some time off,” O’Sullivan added.

O’Sullivan also lines up promising three-year-old Atomic Blast in the John Deere Plate. The Atomic colt wasn’t too far behind the winners last start and O’Sullivan believes it’s in fitter condition to launch an attack on Wednesday.

“He’s had two runs back in, first up was disappointing and the other day at Ballarat he travelled into the race like a winner,” O’Sullivan said.

Stablemate Hidden Away finished seventh in its stable debut for O’Sullivan at Ballarat after being purchased at the Lindsay Park dispersal sale for breeding purposes as O’Sullivan explained.

“Clients of mine bought it as the dispersal sale from Lindsay Park for broodmare purposes,” he said.

“She’s a really well-bred filly, while she’s up and fit it’s not breeding season, so we thought we’d get a few runs into her and it always looks better on the pedigree page as a winner, so that’s what we’ll try to get.”

O’Sullivan believes there’s improvement to be shown by the daughter of Sepoy which gets a 3kg claim from Lucinda Doodt.

“I think she’ll improve a bit after the first-up run,” O’Sullivan said. “I’m not saying she’s improved or anything since coming from Hayes, but I’m sure there’s a maiden in her.”

The final runner of the day for O’Sullivan is 10-year-old Beer Garden which was off the track for over two years before returning earlier this month.

“He’s still returning from a long time off, but he shouldn’t be too far off the mark,” O’Sullivan said.

The 11-time winner was a quality hurdle winner in 2015, but O’Sullivan said the track conditions will play a part into its race schedule this season.

“It depends on how wet it is, he’s dry track horse, he’s been effective on the synthetic tracks so we’ll get him on those and if his form holds up we’ll stay on that,” O’Sullivan said.

“If his form drops off we might think about the jumping, but we’ll just see how he goes.”