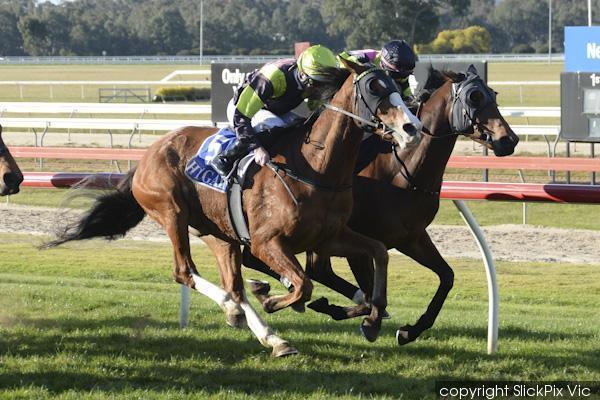 Fine Embers became the Dan O'Sullivan stables' first winner of the new season with a last-gasp victory at Seymour on Thursday.

Luke Nolen gave the horse a gem of a ride, pressing forward to sit on the fence behind the leader for much of the trip. Nolen then found a gap down the home straight and drove Fine Embers through to grab Nigel Blackiston-trained Different Drummer on the wire.

"That's where they pay them – right on the post," Nolen said.

"He travelled quite boldly throughout the race, and when the leader skipped away from me, he lost his position a bit, but there was always room there for a run and he burst through late.

"All in all, it was a pretty good effort."

Fine Embers' trainer Dan O'Sullivan said he was pleased the horse had broken through and begun to show his true potential after a couple of unlucky down-the-track finishes this preparation at Sandown and Caulfield.

O'Sullivan is yet to decide on a upcoming target for the son of Mount Nelson, whose rating has climbed to 65 as a result of the victory.

The stable extends its congratulations to the Monish family on the success.