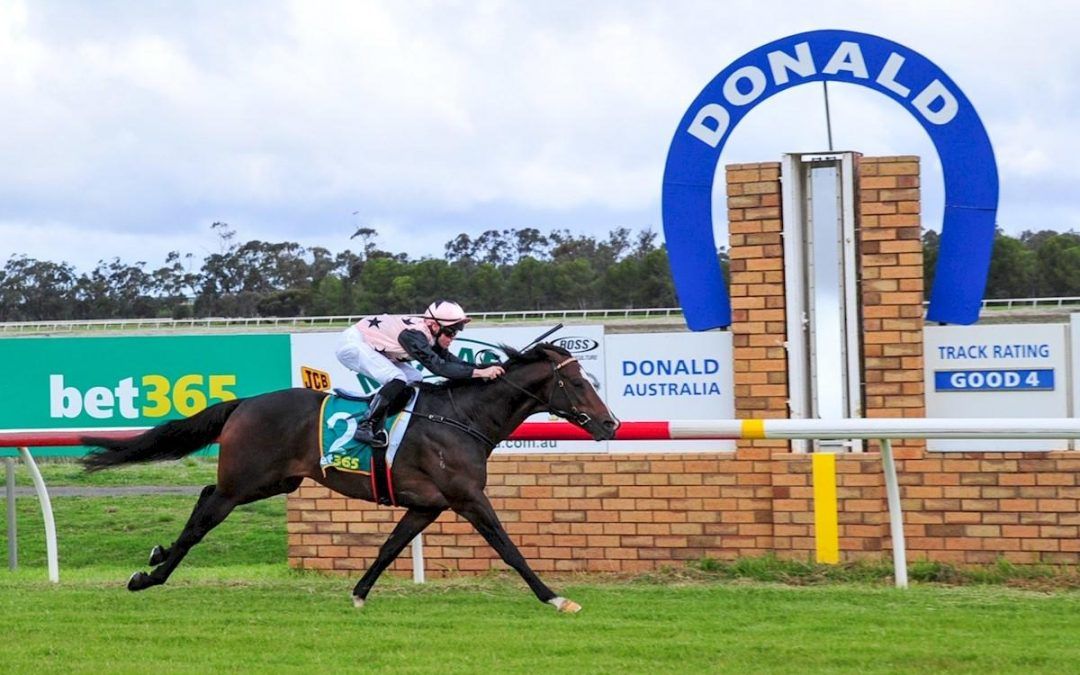 The team’s day at Donald started out a winning one, with little Gaucho breaking his maiden in the first race of the day.

It was only his fifth race start but third attempt at the distance, so he went into the assignment with fitness and attitude on his side – he isn’t very big, but he tries very hard which is a help!

Gaucho is bred by long time loyal supporters of our stable, The Brown Family, so his colours are very sentimental to us and  familiar for many of our followers.  David and Kathy breed the majority of their horses and Gaucho is from one of their favourite’s in Glory’s Girl by trend stallion Toronado.

Ridden perfectly by our apprentice, Will Price, they showed good pace early but didn’t insist on the lead. Once they straightened they went for home and nothing could catch them!