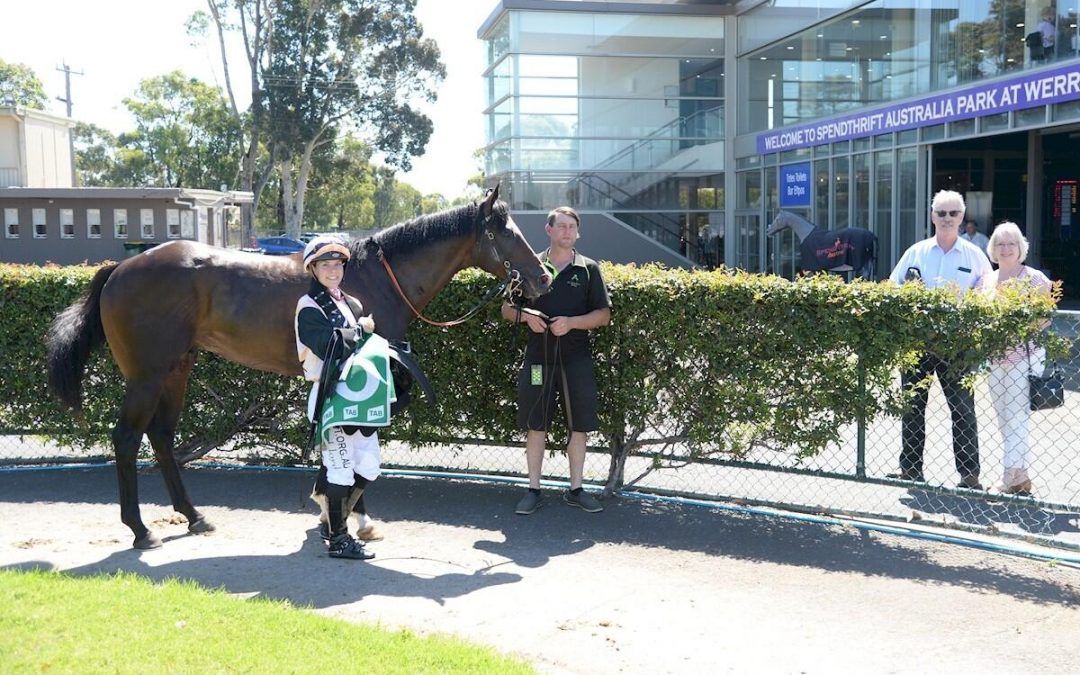 Little Gaucho earned himself some reprieve yesterday with an all-the-way win at Werribee over 1600m.

He had been a touch frustrating for connections so far this campaign, and he has been warned that repeats of recent efforts may result in him losing his manhood!

The stern warning, a slight gear change and some changes in his training routine saw this little horse return to the form we know he is capable of.

With Maddy Lloyd in the saddle, they controlled the race beautifully and had plenty left in the tank when crossing the line.

It was fantastic to have David and Kathy Brown on course, albeit still a distance away.  The Brown family are long time supporters of Dan O’Sullivan Racing and very proud breeders of this guy!