Is It History Repeating with British Isle? 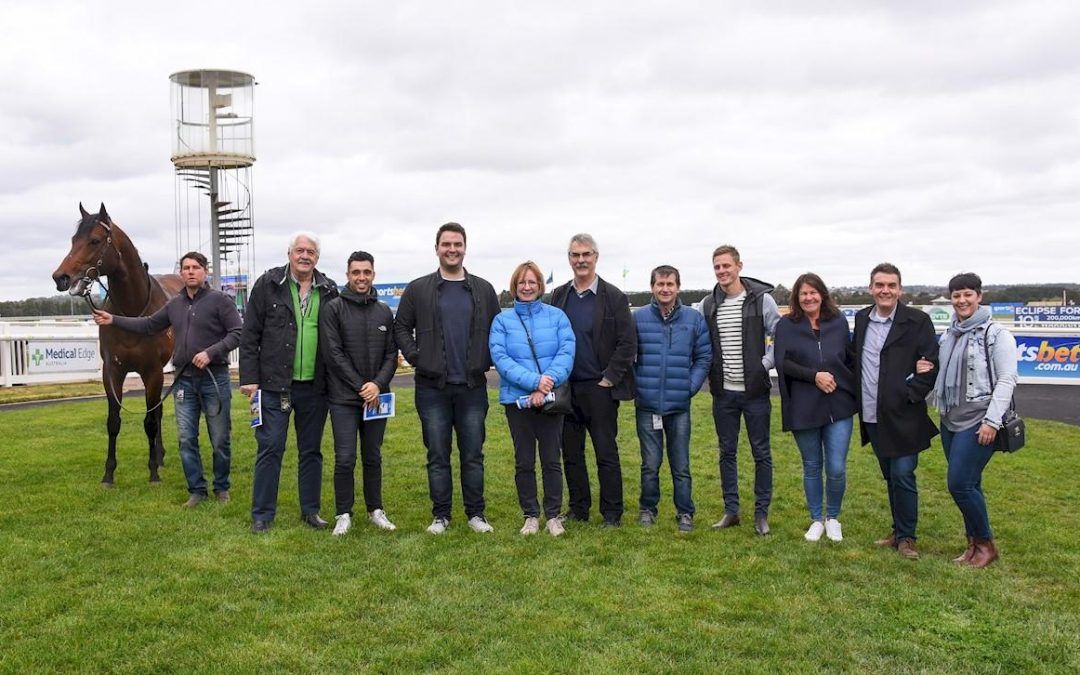 A big weight was lifted off the shoulders of everyone involved, when British Isle won his maiden at Ballarat this afternoon.

It wasn’t that long ago we would all hold our breath anytime the brave British General stepped out on race day, and it’s very much the same scenario with his close relative British Isle.

This big, strong colt by Canford Cliffs is all class in looks and ability, but his troublesome legs have delivered more issues than we can keep up with.

Months of care, rehabilitation and precision planning goes into getting this fellow to the racetrack and recently, because of ordinary form, the query of gaining a start is added.

Recent impressive trials didn’t go unnoticed going into this run, and we got lucky when he gained a start (as an emergency), and then even luckier when the track presented soft.

The ever-consistent and still under-rated Luke Currie rode him exactly how we thought he would and they never looked in doubt at any stage of the race.

And the good news for “B2” (his stablename) is that his effort has saved his manhood – for the time being!

Congratulations to his owners who have been extremely patient with this fellow.