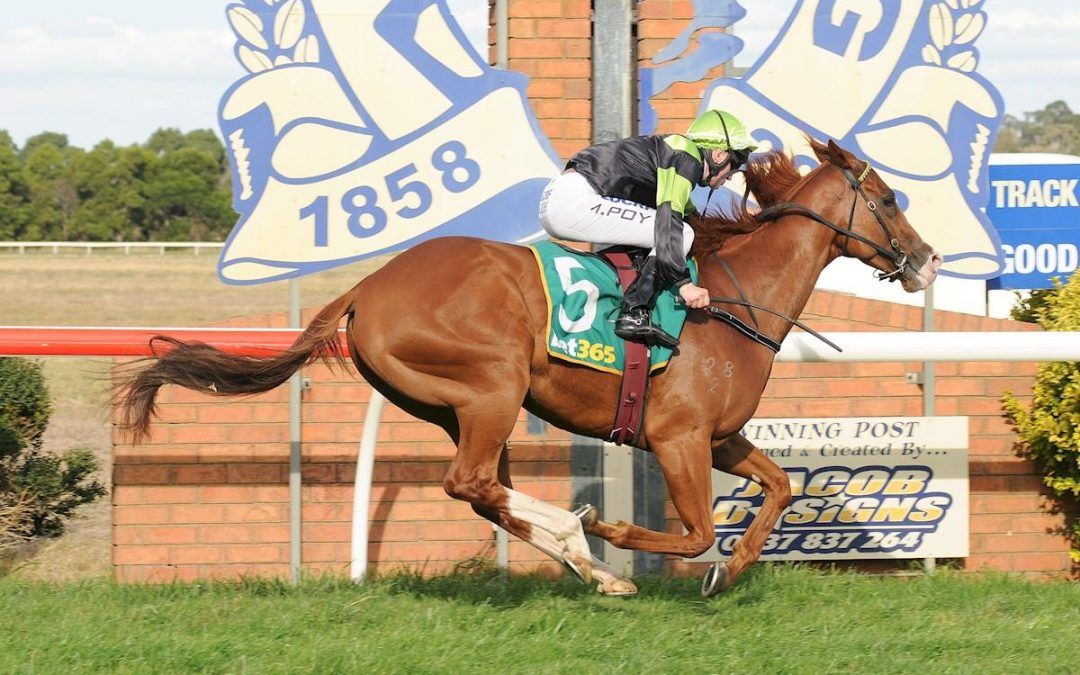 The statistics are little Captain Crackerjak runs in the top three placings 50% of the time, so when he put in two mediocre runs in a row it was a sign something needed to change.

Dan and the team have tried making this fellow settle, which didn’t work at all, and his unadaptable, jump and run style of racing can be very attractive to run-on horses.  Interestingly, after his Morphettville run, experienced jockey Jason Holder gave valuable feedback in that he felt like this little guy actually wasn’t giving his all.

So, as Dan does, he prescribed a change in routine which included some jumping.  Little Crackers really enjoyed his new adventures and it obviously stimulated him mentally enough to enjoy his racing again.

Yesterday at Terang he displayed another gear in his racing especially over the final stages, winning by a solid two lengths. It was a well rated front running ride by apprentice Michael Poy.

Congratulations to his loyal group of owners, who have now recorded their fifth career win with this fellow!