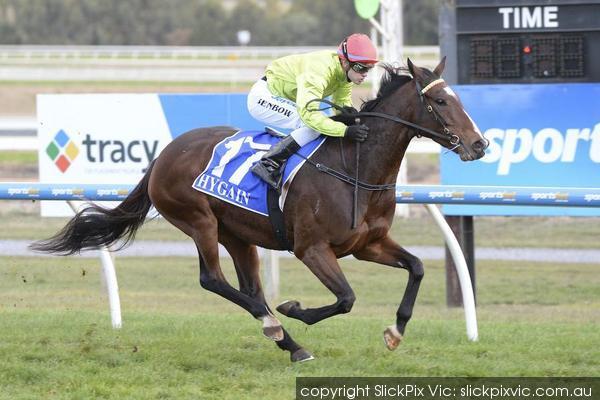 What a terriffic preparation so far for Our Tiger Lil, saluting for the third time since returning to the track in May.

Patience has obviously paid off for the Pelchen Family, with Lil, now nearly six hitting her career best form.

Lil won at massive odds at Ballarat on the 23rd of May and in Dan's opinion was "slightly" over the odds, due to some bad luck the start prior. "She drew wide at Ballarat which was my major concern, but she had been working so well, so I'm kicking myself for not investing!".

She has since won two on the Geelong Synthetic with Linda Meech on board, and the two girls seem to getting along very well!

She will now most likely continue to race in the Winter Stayers Challenge series at Geelong.