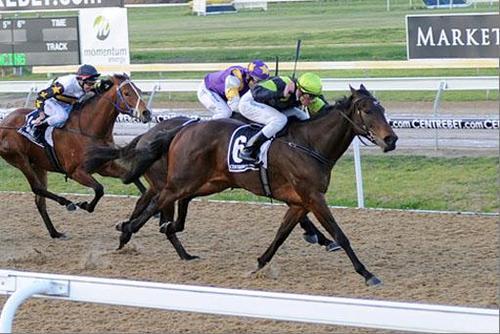 After 13 starts and 6 placings this preparation, Ripleys notched up his 4th career win at Geelong yesterday.   Known for his never-give-in attitude, there was a period around March where his form suprising slumped, but when a small issue was finally found and treated he bounced back to his true self.  The next few starts saw him narrowly beaten with weight one of the the major factors.  Dan's next plan was to race him up in grade slightly, which meant he carried less weight, so with that and a rail hugging ride from Dean Yendall, it was great to see him win comfortably.