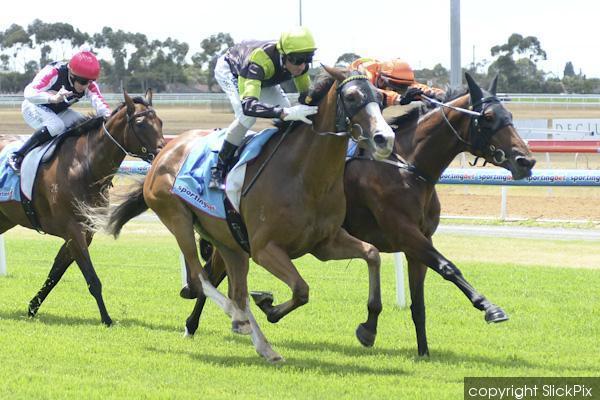 Fine Embers won his maiden at only his second start at Geelong yesterday.

At his first outing at Werribee he didn't have a lot of luck in the run, but also went into yesterday's race with more of an idea of what to do!

He settled back in the field and on straightening he and Glen found the gaps needed to sneak through. Over the final 100m he let down extremely well grabbing the leader just in time.

Fine Embers is owned by the Monish Family, who raise and spell their "babies"on their property near Gisborne.

"I think he has a nice future and it's just terriffic for Frank and Leslie who have been very patient with him" remarked Dan.