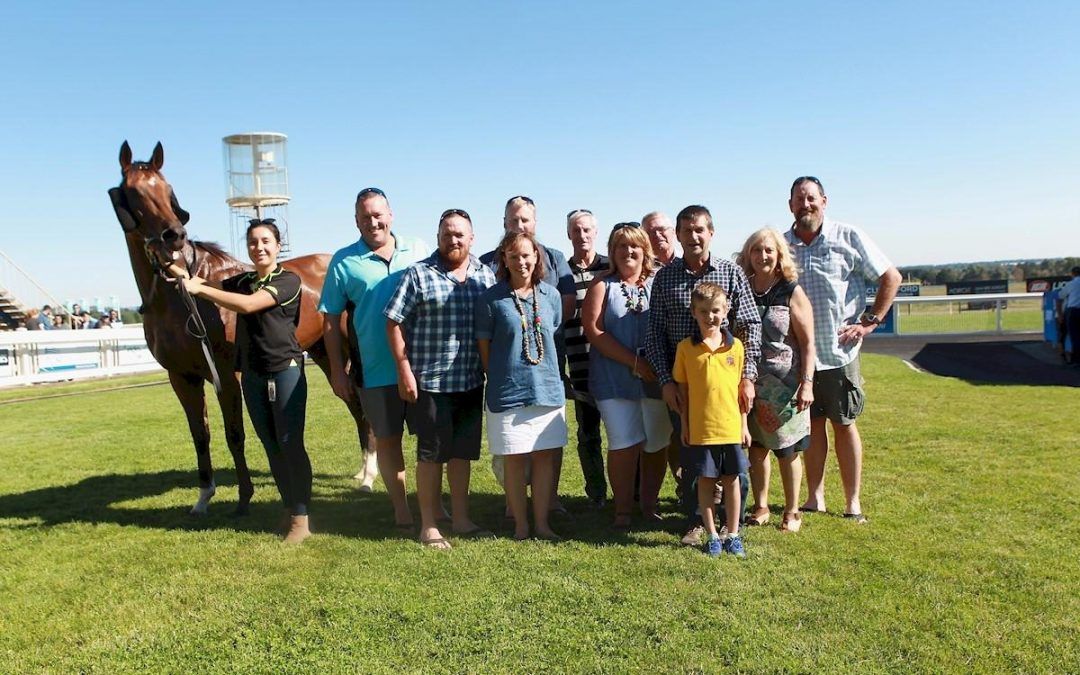 It was great to be racing at our home track again today and even better that we could produce a winner!

We began the day with several good chances but it was Elite Tiger who flew the flag for the team.  Back up to his preferred distance of 1400m, third up and a bit of give in the track were all positive signs prior.  And even though he over-raced a little in the early stages, Luke Currie soon positioned him in a spot he was comfortable.  Sitting just of the leader at the top of the straight he stuck his head out and fought strongly to the line.

There were quite a few of his owners in attendance, who cheered just as hard as their horse tried, and there’s no better feeling than delivering a winner for our clients.  Congratulations to all involved who race in the colours of the Kolora-Noorat Power Football and Netball club.