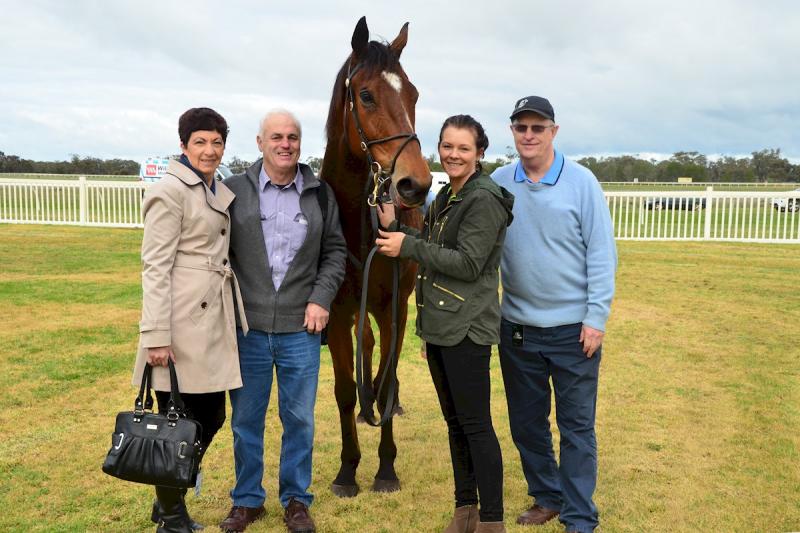 It was not a shock, but more like a pleasant suprise when Tortured Poet won at Donald yesterday.

“Big Tom” as he is affectionately called around the stables, has been working well and this race was being treated as a lead up to longer distances. So the thoughts were he’d run a cheeky race, but on the heavy track, which he appreciates, he won easily!

Like many of the horses we have, this fellow has been a long term project and it’s very pleasing that finally the penny has dropped with him.

Congratulations to our long time owners, The Monish, Grimsey, Crook & Long families and here’s hoping he wins many more races for you!