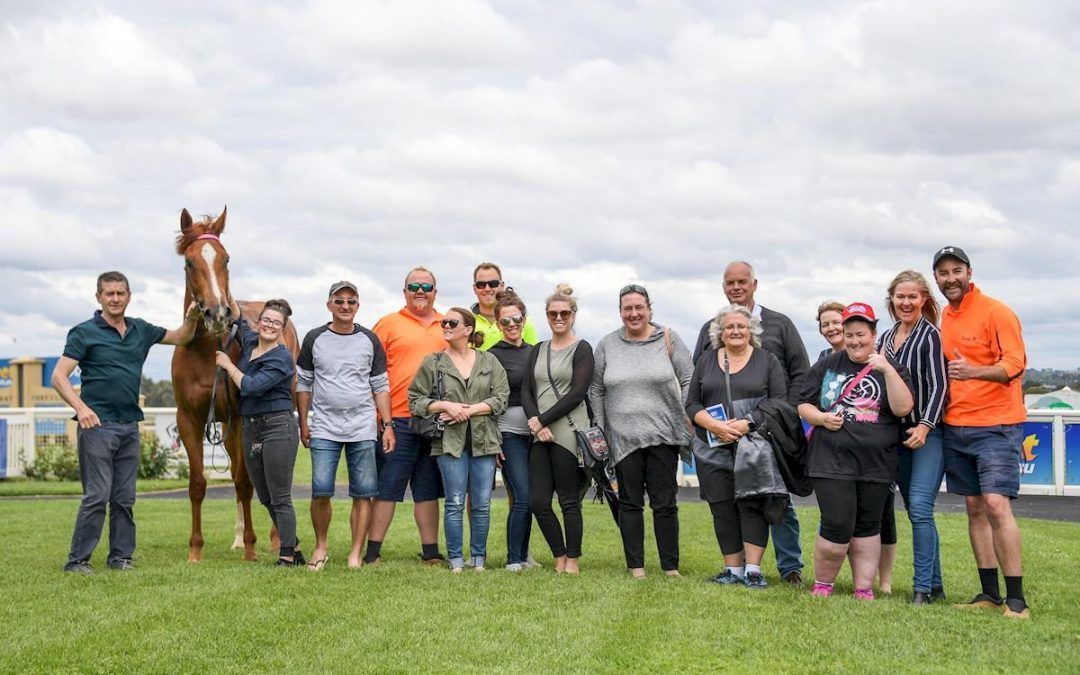 It’s been a bit of long road for Royal Bower this preparation, so when she won at Ballarat earlier today we were that little bit extra happy.

Affectionately known as “Millie”, she injured herself in the spelling paddock and ended up with a swollen leg that refused to subside. After several vet inspections it was advised we bring her back into work early and commence light exercise to encourage blood flow to the area. That was way back in June!  Her leg still doesn’t look perfect, but to this young horse’s credit she remained professional and has progressed back to the race track.

Her first-up effort at Donald on a bottomless track was very encouraging, finishing in second place and giving all her owners a nice surprise, but then her second-up run at Ballarat was very disappointing.  She had connections scratching their heads and faceless keyboard punters sending hate messages to the trainer that day!

We were most thankful for Dean Holland, who travelled to Ballarat to ride her in a jump-out recently which confirmed Dan’s thoughts that she was good to go again.  And we’re thankful again today for his excellent ride.

It was great to have quite a few of her owners on course to cheer her home and we’re all rather proud of the progress this filly has made in 12 months.

Here’s hoping it’s just the beginning of a successful career!