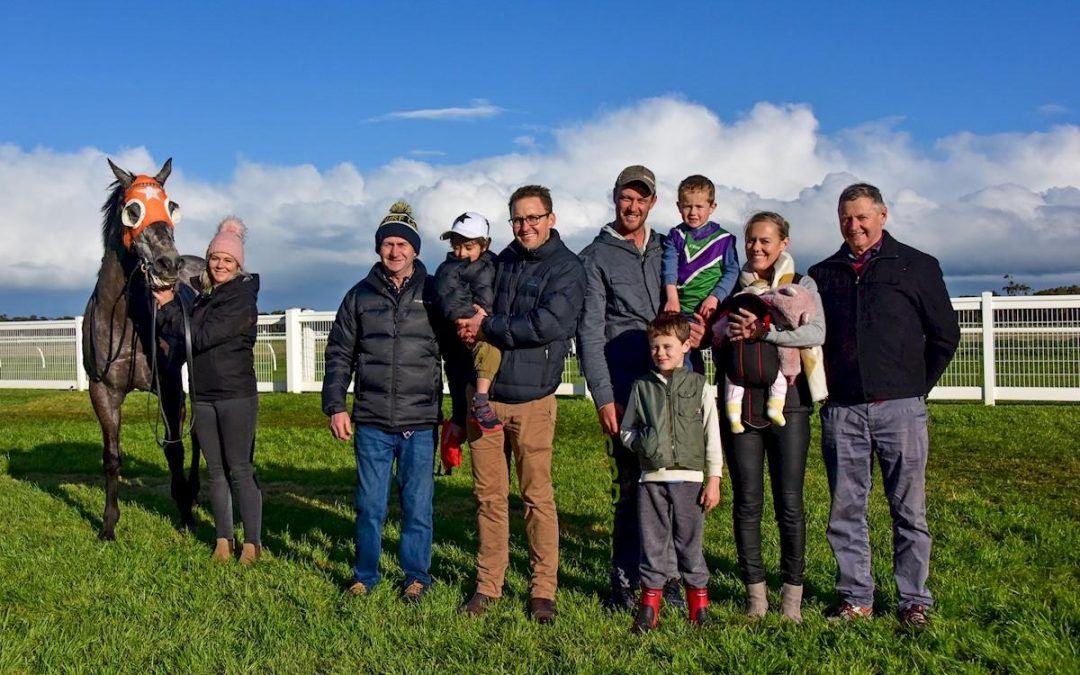 As well as being a stunner both in looks and personality, The Patchie Kid is seen as a serious horse to follow in the Stable.

“Physically he looks to be there, but he’s still mentally immature” Dan reported, “I know he’s officially four now, but I still think he’s a preparation from reaching his full potential, so to win today so early in his preparation is a positive sign”.

Ridden perfectly by our stable apprentice, Lucy Doodt, they settled mid field and gradually tracked into the race around the turn, running down the leader when it counted.

We are thrilled to get another win for his fantastic crew of owners, headed by the Carter and Tyler Families who were on course to witness his win live.