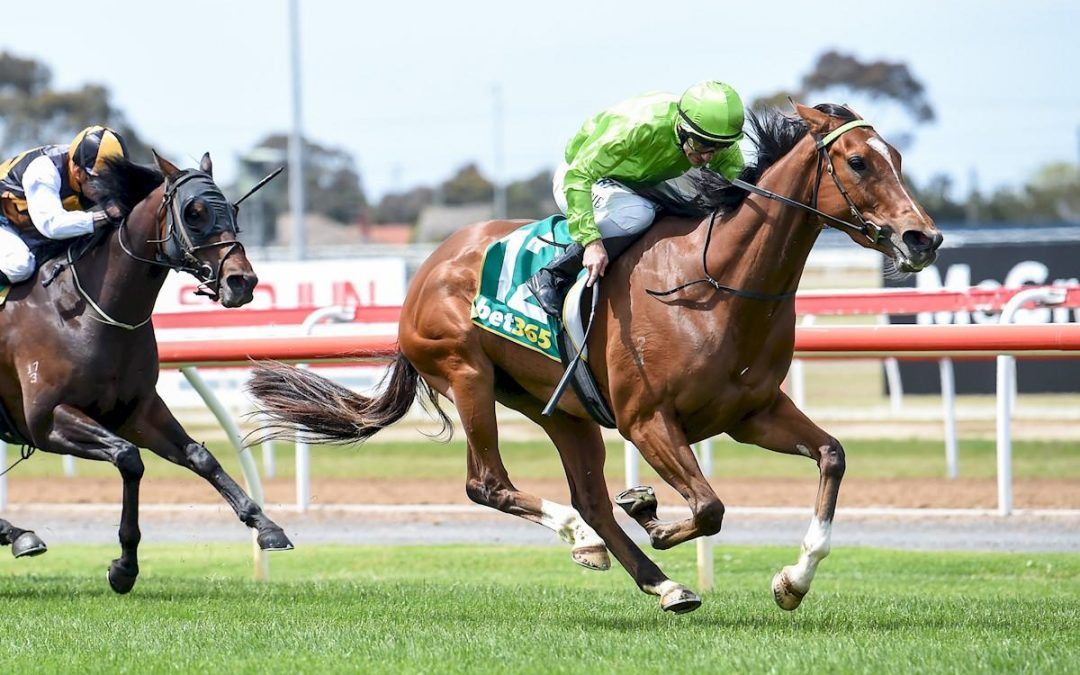 There was much excitement at Geelong Racecourse, in the camp at home and in sunny Adelaide when Truly Discreet won her heat of the Melbourne Cup Country Series this afternoon.

We had our sights set on some Group Races for her over the spring, but after not much luck against some very classy company in her recent starts, we changed route….. for the time being.

Luke Currie, who won on her at Sandown last prepartion, took the reins again and delivered a 10 out of 10 for us.

“Luke’s great, he knew what he had under him and he knew she didn’t have to lead. I don’t worry as much when he’s on board” a very proud Dan reported.

This was Truly Discreet’s fourth career win and her trainer is very adamant we haven’t seen the best of her yet.

She will run in the Melbourne Cup Country Series Final on Oaks Day, and we’re pretty sure there’ll be a few of the lime green brigade there to support her in person on the day!